The Things That Are God’s

Home Blog Posts The Things That Are God’s 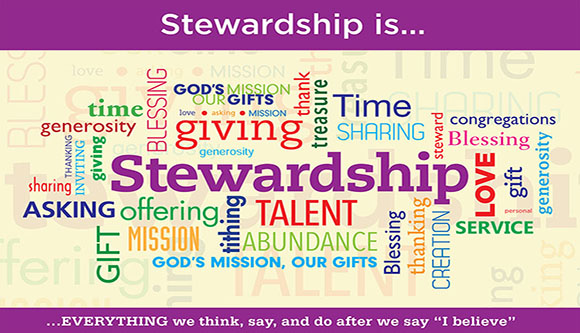 Today we continue our Stewardship emphasis. One of the things that stewardship is about is how we use the gifts and talents that God has given us. Last week, as Worth preached on stewardship, I learned that one of his talents (which he had kept hidden from me- and likely from the rest of you) is that he can rap-  “we have to name it before we can claim it, confess it before we possess it, believe it before we receive it.” I was impressed! While that is definitely one of Worth’s previously hidden talents, it is most definitely not one of mine. So there won’t be any rapping in today’s message.

Last week, Worth talked about the powerful “P’s” of Philippians: Praise, Prescription, Personal Example. Paul praised the Philippians and Worth praised this congregation. And from all that I have seen and heard and know, that praise is justified in both situations. Paul and Worth both prescribed joy and confidence. Joy of attitude and life and spirit as followers of Christ; confidence that we can take our fears and our anxieties to God and receive God’s peace. And the final powerful “P” was personal example. And again both Paul and Worth offer excellent examples of what it means to be a Christian. When you follow their example, you jump in with both feet and give your very all.

One of the other things that Worth mentioned in his sermon was that if he were a “young minister with a choice, somebody like Joe Moore” that he would rather serve here than almost anywhere else. While I might have to dispute the first part of that statement because I don’t really know if I can be considered a “young minister” anymore (though I’ve not been doing this for as long as Worth has, I have been doing it for almost 2 decades and have at least 2 decades to go) I can’t argue with the second part.

There is an interesting dynamic at work here in the relationship between who we are and what we do, not just here at New Philadelphia but in all aspects of our life and faith. And I think it bears closer examination. Let’s start with who we are.

Certainly if you were to ask me the question “Who are you?” I could give you the facts and figures about who I am- where I was born, who my family is, where I grew up, went to school, church, where I work, what my hobbies and interests are, etc. I know that all of you could do the same and easily rattle off the facts and figures of your lives. But that doesn’t really answer the question because that is not really who we are.

Whether it is humility, modesty, fear or shame we all tend to avoid honestly answering the question of who we are. But we shouldn’t. For no matter how many our gifts or how great our strengths, no matter how numerous our faults or how frequent our shortcomings- we can’t let them define us. We can’t let those things define us anymore than we can allow just the facts and figures of our lives define us. For who we truly are, at our most basic self, is God’s beloved child. The words that Paul uses to define his friends in Thessalonica apply to us as well- brothers and sisters beloved by God; chosen by God.  And I think that needs to be our default answer to the question- “Who are you?”

Of course, we aren’t likely to answer that question in that way. We aren’t likely to go around saying “I am God’s beloved child.” But we should. Because most often, when someone asks us who we are, they really want to know who we are- not where we were born, or went to school, or where we work or anything like that. And they certainly don’t mean it as a trick question, they aren’t trying to trip us up or trap us. Their intent in asking is genuine. And most unlike the Pharisees and Herodians when they question Jesus. They don’t really want to know what he thinks about paying taxes to the Emperor. They want to trap him and trick him into making a response that will get him in trouble.

The Herodians and Pharisees were not usually allies. The Herodians were Jews who worked closely with the Romans who occupied Israel, viewed by many as traitors to their own people and faith. The Pharisees were those who were concerned with strict adherence to the Torah, to the law of God rather than the law of man. About the only thing that would cause these two opposing groups to unite would be to fight a common enemy. They found one in Jesus.

The Herodians opposed Jesus because they saw him as a threat to their relationship with the Romans. Anyone who claimed to be the Messiah was a threat. The Messiah was the one who was supposed to come and lead the Jews to victory over their oppressors.  And the Herodians had certainly heard rumors that people were saying that the man from Nazareth just might be the long awaited Messiah.

The Pharisees opposed Jesus because he was a threat to their religious authority. During Jesus’ time, the Pharisees were the ones that all the people looked to to help them interpret and understand and follow the Law of God. Their strict interpretation was respected and listened to. The Pharisees were the ones who defined things like what constituted work on the Sabbath. So when Jesus came along and said things like “The Sabbath was made for man not man for the Sabbath.” the Pharisees saw him as a threat the their teaching and authority.

The Herodians and Pharisees joined together to try to trap Jesus in his own words. The question that they posed to him should have been the perfect trap. “Tell us then,” they ask, “what you think. Is it lawful to pay taxes to the Emperor, or not?” There is really no way that Jesus can safely answer that question. If he says that it is lawful to pay taxes the Emperor, then the Pharisees can accuse him of being a traitor to his people and faith. But if he says it is not lawful, then the Herodians can accuse him of crimes against the Roman Empire.

Of course, Jesus is able to get out of their trap. Rather than giving them an answer, he asks them a question. After asking them for a coin that is used to pay the tax in question, and seeing the image of the Emperor on it, Jesus asks them “Whose head is this, and whose title?” Upon hearing their answer that it is the Emperor’s image on the coin, Jesus says to them, “Give therefore to the Emperor the things that are the Emperor’s and to God the things that are God’s.” And that response basically shuts up both the Pharisees and Herodians.

Jesus’ answer to the question of the hypocritical Pharisees and Herodians is brilliant. But I’m actually more interested in the question that Jesus asks them when they give him the coin “Whose head is this, and whose title?” Or in others words- whose image does this coin bear? And when I hear those words, I hear more than a question about a coin. I hear a more appropriate way of asking the question that I began with “Who are you?”

Rather than asking who are we, we should be asking whose image we bear, or in whose image are we made. And the answer comes from the very beginning.  “Then God said, “Let us make humankind in our image, according to our likeness;” Whose image do we bear? We bear the image of God, we are made in God’s likeness. We are God’s beloved children, we are chosen by God. That is who we are.

And we do what we do because we are who we are. I think this is absolutely essential to remember as we consider our stewardship. In Jesus’ response to the Pharisees and Herodians to “…give to God the things that are God’s…”  if we can allow ourselves to hear this as a call to stewardship, then we can begin to see stewardship in a whole new light.  If we hear this and remember that we are God’s- that we are created in God’s image and are chosen and beloved, then we give all that we have and all that we are to God. And all that we do is done for God.

That’s a tall order. It is a challenge to see everything that we are and everything that we do as stewardship. It is much easier to just keep on seeing stewardship as those few weeks in the fall when we think and talk about money. But that time has past. It is time to stop seeing who we are and what we do as two separate things. We need to start doing what we do because of who we are. We need to start seeing ourselves and defining ourselves as God sees us and defines us. And then giving to God the things that belong to God.

I completely and thoroughly believe that NPMC is this place where the Gospel comes to life. But it didn’t just happen overnight. It has taken years and years and years of faithfulness and commitment and service. And it will take renewed faithfulness, renewed commitment, and renewed service for our congregation to continue to be the place that it is, to continue to be the place to be. So as you consider your stewardship to God and to this congregation, consider risking yourself for God. Consider giving more than you think you can give, consider doing more than you think you can do, consider being more than you think that you are. And then be who God created you to be. And then do what God calls you to do. And then give to God the things that are God’s.