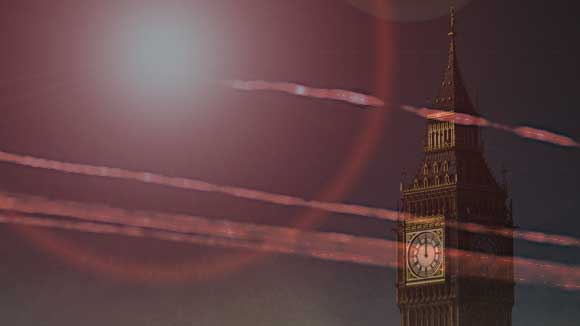 More than three decades ago, the late Bishop Herbert Spaugh encouraged me to read Charles Dickens’s immortal Christmas classic, “A Christmas Carol,” each December. He said it showed as fine an understanding of conversion outside the pages of the New Testament that I was likely to find in the literature of any age.

At the beginning of “A Christmas Carol,” Ebenezer Scrooge is not a critic of everything—-he exalts business and the society in which he lives, but he is a critic of everyone. He thinks himself the only sensible human being he knows, and he thinks the rest of us are some how less than…..

When his nephew stops by his counting house to wish Scrooge a Merry Christmas, he answers his good will saying, “Bah, humbug!” And he adds that if he had his way, all of us that are foolish enough to go about with “A Merry Christmas,” on our lips would be boiled in our own Christmas pudding, and buried with a stake of holly in our hearts.

When two men approach Scrooge with the proposition that, at Christmas, it is even more than usually desirable that we should make some slight provision for the poor and the destitute, he asks them “if the prisons, the treadmill (workhouses), and the Poor Law are still in effect.” They say, “Regretfully, they are.” Then they ask what they can put him down for. He responds, “Nothing.” When they misunderstand, and say, “You wish to be anonymous?” He responds, “I wish to be left alone.” He continues:

“I don’t make merry my self at Christmas, and I can’t afford to make idle people merry. I help to support the establishments I have mentioned—they cost enough; those who are badly off must go there.”

One of the men says, “Many can’t go there; and many would rather die.”

And Scrooge responds, “If they would rather die, they had better to do it, and decrease the surplus population.”

Then, when Scrooge, dismisses his Clerk Bob Cratchet at the end of the workday on Christmas Eve, Scrooge says, “You will want all day tomorrow, I suppose?”

And Bob Cratchet answers, “If quite convenient,” sir.”

And Scrooge tells him that it is not convenient, and not fair that he has to give Bob a day’s pay for work that is not done. Scrooge tells Bob Cratchet that he would think himself ill-used, if the shoe were on the other foot, and if he were to dock him a day’s pay. Then Scrooge calls Christmas “a poor excuse for picking a man’s pocket every twenty-fifth of December!”

After taking supper alone, Scrooge is visited by the ghost of Jacob Marley his business partner who died seven years before. Marley’s ghost drags a long chain, which he tells Scrooge that he forged in life. He warns that:

“It is required of every one, that the spirit within us should walk abroad among our fellows, and travel far and wide; and if that spirit goes not forth in life, it is condemned to do so after death.”

I could spend much time on these Ghosts, but it is enough for us to note that each of the three represent, in part, at least some aspect of the work of “the Holy Ghosts,” that is the Holy Spirit, who, according to John 16:8, convicts each of us of sin, and righteousness, and Judgment. I love that line in our liturgy, which declares:

I believe that by my own reason and strength I cannot believe in Jesus Christ my Lord, or come to Him; but that the Holy Spirit calls me by the gospel, enlightens me with his gifts, sanctifies and preserves me in the true faith, even as he calls, gathers, enlightens, and sanctifies the whole Church on earth.

In other words, Scrooge’s experience of the three ghosts is not far different from our experience of the triune God who calls and enlightens us by his Spirit. Indeed, it is after his visit by the three ghosts that Ebenezer Scrooge undergoes a great transformation. As the book closes the author says of him that he knew how to keep Christmas as good as any man alive, and that he kept it in his heart all the year through. The author concludes:

It is funny, when we change, the world around us changes, too.

I once heard the late Dr. Thomas Carruth, then professor of Prayer and Spiritual Life at Asbury Theological Seminary, tell the story of a woman who was a member of one of the churches he had served as a young man. This woman was notorious as a fuddy-duddy, a muckraker, a curmudgeon, a spoilsport. She was “a nattering nabob of negativism.” She was the one member of Dr. Carruth’s church that he thought he could do nicely without, and that was the universal attitude of most of the members there, too.

Well the time came when Dr. Carruth was getting up a busload of folks to go to a Billy Graham Rally in a city not very distant from the church he served. He asked this woman if she wanted to go, and much to his surprise, and chagrin, she accepted. Not only so, at the end of the service, when Billy Graham invited people to come forward to accept Jesus Christ, or to renew their commitment to him, with tears in her eyes, this nattering nabob of negativism left her seat and made her way down front. The bus waited. The woman was not too long at the penitent’s bench; and on bus ride back home she was completely silent. Though she never spoke of her experience, over the next few years, the woman became a bubbling fount of good will, bon homey, and hail fellow well met. On any given Sunday, she greeted every single person who worshiped in the church, and she always had a kind word. Not only so, but when people missed church due to illness, or some misfortune, she took them a quart of her excellent homemade soup. When the youth of the church graduated from high school, she always sent them a generous gift of cash, and when the young ladies of that congregation married, she helped them fill out their china.

I am telling this as I remember it, but of this next, I am absolutely sure. After several months of watching this woman’s radically transformed behavior, Dr. Carruth could stand it no longer. He paid the woman a pastoral visit, and pointed out to her that since that night at the Billy Graham crusade, she had been completely different person. The woman responded, “Oh, I don’t know about me; but I will tell you this, since that night, no one else in this town has ever been the same.”

The change that Christ works in us, changes our view of the whole world.

I think that Scrooge, and this woman, and all who know the work of the Spirit, and the true meaning of Christmas, have a common characteristic. They, dare I say, “we,” do not think of ourselves more highly than we ought to think; we think with sober judgment, and we count others more worthy than ourselves, and when we walk far and wide among our fellow human beings, as surely we must, we understand that their lives mean as much to them as our own lives means to us, and that we are all fellow travelers in this world, equally beloved of God and equally deserving of God’s care, which God may just wish to accomplish for others through us.

The happiest folk are always those who take joy in their service to others. That is what Ebeneezer Scrooge discovered, and that is what we are still discovering every single day.