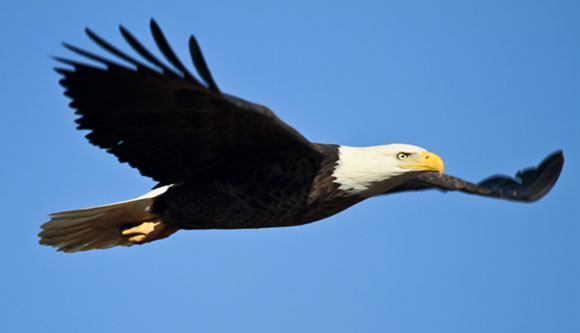 Yes, I am an Eagles fan. I come by it honestly. As I mentioned last time I preached, our first church was in New Jersey. South Jersey to be exact. And South Jersey is basically a suburb of Philadelphia. We could actually see the Philly skyline from our house in New Jersey. So naturally, the Philly sports teams dominate the news. The Eagles, Phillies, Flyers, and 76ers are all anyone talks about.

So while we were living there, I adopted some of those teams as my own. I would root for the Phillies (if they weren’t playing the Braves) and the 76ers (on the rare occasion that I paid attention to the NBA) and I even had a Flyers t-shirt (despite knowing nothing about hockey). But the Eagles became my team, primarily since football is my favorite spectator sport.

I’m not saying that I became an Eagles fan “for the sake of the Gospel” but it helped to establish some common ground with people that I really didn’t have much in common with otherwise. Being a North Carolina boy in New Jersey made me something of a stranger in a strange land. That is really the first steps in sharing the Gospel- finding something that brings you together, establishing a relationship, building trust. Coming together over things that are less significant allows you to then share about the more important things- like the good news of Jesus Christ.

From the very beginning of Christianity, followers of Jesus have been called to share the gospel- Jesus sent his 12 disciples out with the following instructions: “Go nowhere among the Gentiles, and enter no town of the Samaritans, but go rather to the lost sheep of the house of Israel. As you go, proclaim the good news, ‘The kingdom of heaven has come near.’ Then the risen Christ expanded that mission when he said “you will be my witnesses in Jerusalem, in all Judea and Samaria, and to the ends of the earth.” and “Go therefore and make disciples of all nations, baptizing them in the name of the Father and of the Son and of the Holy Spirit, and teaching them to obey everything that I have commanded you.”

Sometimes I feel that we don’t really take that call as seriously as we should. We know that we are supposed to share the gospel. And we try to share the gospel. But it is not the driving force of our life and faith. We share it when it is convenient, or comfortable, or safe. But we seldom take risks to share the gospel, we seldom venture out of our comfort zones, we don’t have a sense of urgency or expectancy. We don’t feel like Paul does when he proclaims “Woe to me if I do not proclaim the gospel!”

That’s a pretty powerful statement. I don’t think that we have ever felt “great sorrow or distress” when we fail to proclaim the gospel. We may feel a little bit guilty, but it is a passing guilt that quickly fades. We may know that we should but we don’t really feel that bad when we don’t. We certainly don’t feel “woe”

I see three main reasons for this- 1) the sense of urgency isn’t as great for us as it was for the first Christians and 2) We haven’t had the Gospel “proclaimed” to us and 3) proclaiming the Gospel is hard! I want to spend a few minutes taking a closer look at each of these.

1)We don’t proclaim the Gospel with the same urgency that the earliest Christians had. Let’s face it, over time the sense of urgency will fade. Jesus’ original disciples, and other first century Christians, like Paul, believed that the return of Jesus was imminent. They believed that it would happen in their lifetime. Therefore they did not have much time to share the Gospel, the good news of Jesus, with the

Knowing both the command of Jesus to be his witnesses to the end of the earth and to make disciples of all nations combined with the belief that Jesus was returning soon, meant that they HAD to share the gospel as quickly as possible. I imagine that if we were living then, we would feel the same. But we aren’t living then. We are living now, and almost 2000 years have passed and believers are still waiting for Jesus to return. And we all know how that works. The longer we wait for something, the less urgent, the less immediate it seems. Sure, we still believe that it is going to happen. But instead of expecting it to happen tomorrow or next week or even next year, we just think that it is going to happen “someday” but who really knows when.

So we don’t feel that urgency to share the gospel. We know that if we don’t take advantage of the opportunities we have today, there is always tomorrow. And if not tomorrow, there is always the day after that and the day after that. For two millennia, there has always been another day, another opportunity, to share the good news of Jesus. It seems almost arrogant of us to think that this is THE day or this is THE time.

But maybe we should. Maybe we should try to revive that sense of urgency and immediacy to share the gospel that motivated the first Christians. Because we have been entrusted with the same gospel that they felt such urgency to share. We have been given the same mission, received the same calling. And the news is just as good now as it was then. “For God so loved the world that he gave his only son so that whoever believes in him will not perish but will have everlasting life.”

This news is something that we should never hesitate to share. It is news that can’t wait until tomorrow. It is news that requires being told to the whole world. For God did not send his son, the Word did not become flesh, just for us, or for some of us. But for the whole world and it is up to us to tell the world. So we can’t stop until we have made disciples of ALL nations, until we have been Jesus’ witnesses to the very ends of the earth. We need to reclaim that sense of urgency.

Imagine what it would be like to hear about Jesus and his love for the very first time; to hear the Good News that you had never heard before. It would be news that was actually NEW. I would want to run and tell everyone all about it. Kind of like how I have felt the need to text Kelly every day about the Eagles being in the Super Bowl. It’s just something that is impossible to keep to yourself.

The final reason that we fail to take our call to proclaim the Gospel as seriously as we should is that it is just hard to proclaim the good news. And I mean that very literally. It is hard work. It takes confidence and commitment. It takes patience and persistence. Like a Boy Scout earning his Eagle award.

We have to keep on sharing the good news of Jesus even with people who aren’t ready to hear it, or receive it, or believe it. We have to keep on doing it until God makes them ready. It’s not up to us to determine when and where people are ready to hear and receive the gospel. Our task is to proclaim it- to all people and all the time.

God knows how difficult that can be. God knows and God helps. The words we read in Isaiah make that clear. The Lord is the everlasting God, the Creator of the ends of the earth. He does not faint or grow weary; his understanding is unsearchable. He gives power to the faint, and strengthens the powerless. Even youths will faint and be weary, and the young will fall exhausted; but those who wait for the Lord shall renew their strength, they shall mount up with wings like eagles, they shall run and not be weary, they shall walk and not faint.

God gives us all that we need to fulfill the mission he has given us. God gives us power and strength. God allows us to fly like eagles, soaring higher and higher, as we seek to help the world claim the victory over love over hate, of light over darkness, of life over death. That is the Gospel, that is the good news. Through Jesus, love wins over hate, light overcomes darkness, life defeats death.

So let us regain that urgency that Christians once had because the good news is THAT good. Let us proclaim the Gospel that we have received. And let us walk and not faint, let us run and not be weary. Let us fly like Eagles and tell all the world the good news of their salvation. Do you not know? Have you not heard? We do know and we have heard, so now let us go and share what we know and tell what we have heard.