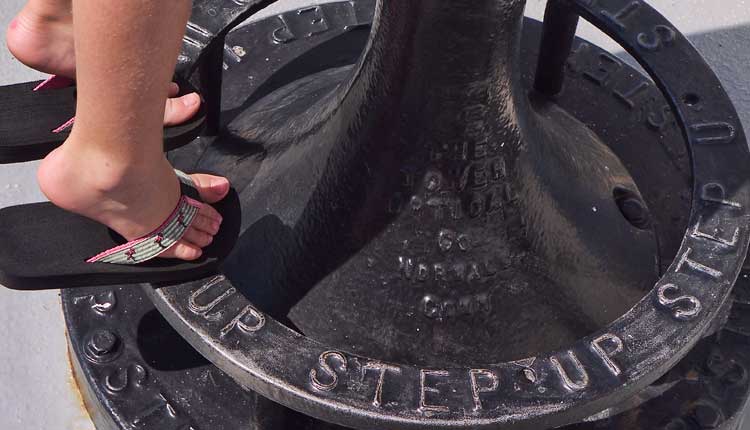 For the next several weeks we will be talking about growing spiritually. We don’t age into spiritual maturity. It is not a generational thing. We all know older Christians who have root canals, and new knees, and replacement hips that have stopped growing spiritually long ago. And we all know very young people who, like the twelve-year-old boy Jesus in the temple, possess a spiritual maturity that is way beyond their years.

To grow spiritually we need to think young! John Calvin said there is a sense in which a truly mature Christian maintains “a perpetual adolescence.” We remain open, and eager, and teachable. We want to learn more of God.

We don’t have to worry about running out of things to learn. We can never stop learning and growing, for our goal is a lofty one. According to Ephesians 4, we are to grow until we attain to “mature personhood,” to “the measure of the stature of the fullness of Christ.”

Now this series is written specifically for Christians. Someone recently challenged me to explain how we become a Christian. According to Romans 10:9 “If you confesses with  your lips that ‘Jesus is Lord,’ and believe your heart that God raised him from the dead you will be saved.”

What does that mean? Let me see if I can flush it out by sharing my personal experience with you.

I grew up in a Christian home. I am a child of the covenant. There is infinite value in that, more than we can imagine. I cannot tell you when I became a Christian in the eyes of God. By contrast, I can tell you when I consciously made a decision to seek God’s will and follow the Risen Lord. It happened just after midnight on a day in the summer of 1973. I had been troubled by a verse from book of James. Luther called James an epistle of Straw, but this verse hit me like a hammer. The text went something like this:

I had never concerned myself with the will of God. Hitherto I had only been concerned for what I wanted. Now, whether waking or sleeping, it completely dominated my thinking. After several days of struggling with that question, I got out of bed in the middle of the night, went to the living room of my apartment, which was located just two blocks from the San Diego harbor, knelt down and said, “O.K. God, if you are real, just touch the tip of my finger, and I will follow you anywhere. I will do what you want me to do.”

I have told you before: There was no touch; no bursting vision of light; no shaking of the foundations. Despite the lack of a dramatic display, I was utterly convinced that God, and a whole new life were just beyond the tip of my extended finger. I said, “O.K., God, I will do it your way. I will do it by faith. I will put my faith in your son, Jesus Christ.” Then I stood up and went to bed. The next day, I ate lunch in the Officer’s Club at Marine Corps Recruit Depot, San Diego, with my friend from Texas, 1st Lieutenant Paul “Sonny” Kyle.  As we ate patty melts and drank free champagne, I told Sonny that I had become a Christian.

I think God provided that champagne for the celebration. Why not? The angels in heaven were rejoicing over one who had been lost and now was found. Of course, I was 25 years old, and God only provided one glass. It was not like that time that Jesus turned the water into wine at the wedding at Cana. Yet even Sonny Kyle knew something was happening. I had gone on record. Though the words may not have been ideally correct, I had confessed the Lordship of Christ.

Since that time in San Diego, I have been growing spiritually. I am on a journey. Sometimes I take two steps forward, and one step back. Some will say that because I take a step backward from time to time my journey is a failure. I don’t accept that at all. There are detours on every journey—times when we misread the map, or take a wrong turn, or get delayed by an accident. We lose our way. We fall back. That is o.k. God does not let us go. Sometimes he loves us back on the right path. As the apostle says, “Do you not know that God’s kindness is meant to lead you to repentance?” (Romans 2:4b) Sometimes God disciplines us, and prods us until we get back on the road. What does the scripture say, “For the Lord disciplines him who he loves, and chastises every son (or daughter) he receives.” (Hebrews 12:6)

And that brings us to the heart of this sermon series. I am basing it on Mark chapter 12:28-31. In this text one of the scribes comes up to Jesus, and asks him a question:

“Which commandment is the first of all?”

Growing spiritually means nothing more and nothing less than growing in our love for God, for our neighbor, and, believe it or not, for ourselves. Love ourselves? Yes! God intends that. Yet, the problem with many of us is that we pamper ourselves, but we do not truly love ourselves. Love is disciplined.

Imagine that you are like a perfectly round wheel that is made up of three perfectly proportioned pie-shaped pieces. Some people cut their pies in 6 pieces, and some in four; but I like to cut my pies in three pieces, and that is appropriate here.

You start your Christian journey perfectly round, because you have a proper balance of mind, emotions, and will. You are in balance because the gospel appealed to you at every level. It appealed to you intellectually—it made sense; it seemed superior to every other alternative. And it appealed to you emotionally—you were touched by the lives of those who allowed their hearts to be broken by those things that break the heart of God. And it must have appealed to you volitionally, because, in an act of will, you decided to seek and do God’s will and be a follower of Jesus Christ.

Because you are naturally “well rounded” your initial journey is a smooth one. You go rolling down the road with little resistance.

Then, for whatever reason, you (or I!) get out of balance.

Perhaps we become so interested in “theology” that we read all the theological greats from Augustine and Anselm to Zinzendorf and Wesley. Our minds—that is our understanding of the faith, grow dramatically. Unfortunately, we fail to get our faith out of our heads and into our hearts. That is a signal failure, particularly for Moravians. Do you know the one essential according to “The Book of Order of the Moravian Church?” It is “a heart relationship with the Triune God who reveals God’s Self as Father, Son, and Holy Spirit.” There is a lot of theology packed into that statement. But it is not about the theology—-It is about the relationship. If we get the relationship right, the rest will be o.k. But when we have a big head, and miss the element of the heart,  0ur spiritual journey becomes disconcerting and downright uncomfortable. As our wheel rolls down the road we bounce up and down like a bicycle bumping down the center of a railroad track. And we go: WHAPTY, WHAP, WHAP, WHAP. WHAPTY, WHAP, WHAP, WHAP.

Or perhaps we have grown emotionally. Though we don’t know the name of Kierkegaard but understand intuitively that he was at least partially right when he said that faith is rooted in our religious feelings. Perhaps we major in worship, and we rush from congregation to congregation delighting in our experience of worship. But we never learn that in the New Testament worship takes two forms: The first is proskenuo—the act of prostrating ourselves before God. It also takes the form of latero—which means service. If we worship without serving we miss the point. As Jesus himself said, “The Son of Man came not to be served, but to serve.”

The scenario is not so far fetched. In the last several weeks I talked to two people who attend two very different large traditional churches in our state that have added contemporary worship services alongside their traditional services. In order to add those services they have spent a lot of money to put on church for people. And when the people come, they don’t ask very much of them. They haven’t gotten very much either. Both these people told me that, though hundreds of people are attending these services, the have left the old guard in the two churches, the traditionalists if you will, to pay the bill.

I think this is a pretty common problem. For instance, I know of a church with over 800 giving units, and fewer than half of those 800 giving units actually make a pledge and support the church. These folks are great. They have the mind. They have the heart. The only thing they lack is the will. They too have become flat on one side. And when they roll down the roll of life the bounce up an down like a man on a bicycle riding down the center of a railroad track and they go: WHAPTY, WHAP, WHAP, WHAP. WHAPTY, WHAP, WHAP, WHAP.

They need to do something. They need to be like a man I knew who decided to tithe. He did not know how he was going to do that, because he was in business for himself, and his business was relatively new, and he did not know what he would make. He took a chance. He sat down and wrote 52 checks, and dated each one for the appropriate week in the year. And then the gave those checks to the church treasurer, and said, “You cash them as soon as the dates are appropriate.” The treasurer cashed 52 checks, and not one of them bounced. Then, at the end of the year, the man sat down and wrote a 53rd check, and it was a big one!

Some will say, “Worth, you have tricked us. You have said you are going to talk about growing spiritually, and you have sneeked in a stewardship sermon. “ It is no trick at all. I want to keep you and me rolling smoothly down the road, and that is not possible unless we are brave, big, generous hearts properly balanced, between the mind, the soul or the emotions, and the strength, or the will. If we don’t get the balance we are like a man riding a bicycle down the center of a railroad track. You know what that sounds like. It feels worse than it sounds.