Habits of a Church (6th in a Series)

Home Blog Posts Habits of a Church (6th in a Series) 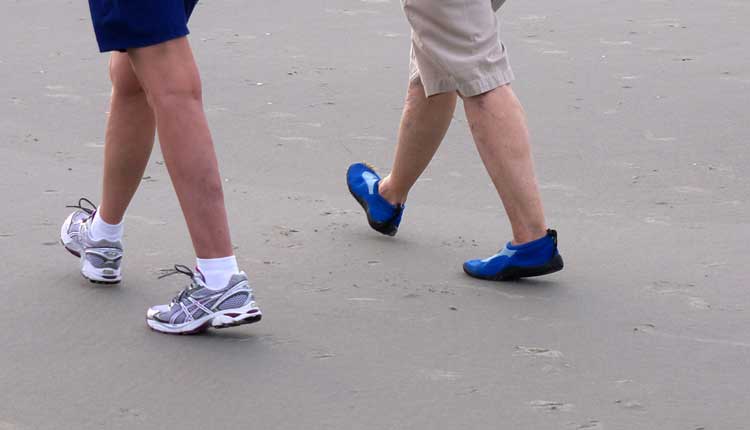 This is the last sermon in a series of 6 sermons about habits and the power of habits. Let’s quickly do a little review. We have seen that:

Christians should adopt the same keystone habit that Jesus had. If we fail to seek and do God’s will for our lives all our other pious habits become dead-ends. Take the matter of Bible study: It is possible study the Word (or preach it) without obeying the Word. In James 1:22 we read that we are to be doers of the word and not just hearers of the Word. Likewise, it is possible to pray for the wrong things. In James 4:3 we read that we ask for what we do not receive, because “we ask amiss”, for the wrong reasons and contrary to the will of God. Finally, as important as worship is, it is possible to worship God without pleasing God. In Isaiah 1:13 we read, “God cannot endure iniquity (sin) and solemn assembly.” We can’t cover up sin with a good worship habit.

And the world passes away, and the lust of it; but he who does the will of God abides forever.

I myself was converted when I traveled to a new city thinking about all the things I could do in that city to advance my own career. I was brought up short by a verse of scripture from the book of the New Testament that Luther called “an Epistle of Straw.” It hit me like a hammer of iron. In James 4:13-15, I read:

13 Come now, you who say, “Today or tomorrow we will go into such and such a town and spend a year there and trade and get gain”; 14 whereas you do not know about tomorrow. What is your life? For you are a mist that appears for a little time and then vanishes. 15 Instead you ought to say, “If the Lord wills, we shall live and we shall do this or that.”

For the first time, I considered that my will should take second place to God’s will. It stuck me to the core.

New Philadelphia Seeks to be a caring congregation, worshiping God, and encouraging one another to seek a closer relationship with Jesus Christ, as we follow the lead of the Holy Spirit in service and in mission.

Churches ought to seek and do the will of God, yet it is not so easy for a church or a group of people to seek and do the will of God as it is for an individual. Remember, in every situation, when a decision has to be made, there are three possible options: 1) My Way, 2) Your Way (2nd person singular or plural) and 3) God’s Way. Sometimes my way is God’s Way. And sometimes you way is God’s Way. And sometimes when we listen to one another, we find there is a third way that is God’s Way. Of course, sometimes we reach an impasse, and we are both right, for God sometimes works dialectically. First God lays down a thesis, My Way. Then God adds an antithesis, Your Way. Finally God reaches synthesis which was God’s goal all along.

The easy example is found in Acts 15. It concerns Paul and Barnabas. John Mark had been with them on their 1st Missionary Journey but he had bailed out and gone home early. At the start of the 2nd Missionary Journey Barnabas wanted to take John Mark, and Paul did not. He said, “If you take John Mark, you will not be traveling with me.” And Barnabas said, “He is going!” The issue of John Mark drove Paul and Barnabas apart, so that now we sing about that ole’ time religion saying, “It was good for Paul and Silas…” Who was right about John Mark? Was it Paul, or was it Barnabas? Perhaps both were right. Perhaps John Mark needed the stern rebuke of Paul and the second chance offered by Barnabas, aka “the Son of Consolation.” And perhaps God needed John Mark. Tradition says that he was with Peter in Rome, and was the author of the Gospel According to Mark.

I do not think Mark is a particularly rare example. Theology and history abounds with examples. Read the 2nd Inaugural Address of Abraham Lincoln:

Both (North and South) read the same Bible and pray to the same God, and each invokes His aid against the other. It may seem strange that any men should dare to ask a just God’s assistance in wringing their bread from the sweat of other men’s faces, but let us judge not, that we be not judged. The prayers of both could not be answered. That of neither has been answered fully. The Almighty has His own purposes.

There is a sense in which we are all together.

We are all together in sin. In Romans 3:10-12 St. Paul says, “None is righteous, no, not one; 11 no one understands, no one seeks for God. 12 All have turned aside, together they have gone wrong; no one does good, not even one.”

And we are all together in grace. In Colossians 2:13 the apostle writes, “and you, who were dead in trespasses—God made alive together with him, having forgiven us all our trespasses.” We Moravian sing about that saying:

What brought us together, what joined our hearts,
The pardon that Christ our High Priest imparts;
Tis this which cements the disciples of Christ,
Who are into one by the Spirit baptized.

Of course as soon as people start to disagree, especially on matters of scripture and interpretation, or over what is right and what is wrong, the idea of togetherness often goes right out the window.

This is the reason that there are 55,000 denominations and hundreds of thousands of independent churches, and this is the reason why many of those churches are quick to tell anyone who will listen—especially their own members, that they alone have the way of truth. The Moravian Church has never done this. We have always believed that no denomination, our own included has all the truth. We have often declared that God permits many denominations for the same reason that God inspired four gospels, each appeals to a different kind of person. We have always sought to maintain togetherness among our members, and among the denominations, even when there is great disagreement. It is one of the two reasons that “The Ground of the Unity” gives for our being called together as a denomination. 1) The first is to bear witness to the Cross of Christ as the center of all Holy Scripture and the preaching of the gospel. 2) The 2nd is to bear witness to the essential unity of the church in Jesus Christ.

Some people will not like this idea of togetherness. They will say, “There are weeds in the garden of the church, and we ought to pull them out that the church can be pure.” They ignore the fact that Jesus himself told a parable about a man who sowed good seed in his field, and his servants discovered it full of weeds. When his servants told him about it, he said, “An enemy has done this!” His servants offered to pull up all the weeds. But the man ordered his servants not to pull up the weeds, lest in pulling up they weeds, they may also destroy some of the wheat. He told them to let the weeds and wheat grow up together until the harvest, at which time he would tell his reapers to gather the weeds first, and bind them to be burned, and then to gather his wheat into his barn. Nobody wants to be a weed. Nobody wants to be burned. There are serious matters at hand. At the same time, the clear intent of the parable is clear: Sometimes premature judgment does more harm than good. This truth is echoed by St. Paul in Romans 14:4, “Who are (we) to pass judgment on the servant of another? It is before his own master that he stands or falls.”

Let me confess a little of my personal struggle.

Not long ago I spoke with a dear friend. I told him that I have always tried to preach the good news that Jesus Christ is the supreme revelation of God, who died for our sins and rose again to give us a future and a hope. I told him I had nevertheless failed to to take a strong stand on issues that many regard as critical. I said, “My biggest problem is that I am not judgmental enough.” He responded, “Worth, I have always regarded your willingness to suspend judgment on others as your biggest asset, and that of your church and denomination.” When he said that, I remembered how the late Tom Cartee would often say to me, “Worth, whether in business, or in the church, or in any other facet of life, our biggest asset is often our biggest liability.”

I recently spoke to a Moravian bishop. I told him that there was a time when I would have considered leaving the Moravian Church, but had long since reached the point that I would have a hard time being anything other than a Moravian. I then told him that I have long since given up the right to a prophetic ministry, saying things like, “God is doing a new thing, and we must get on board now. We must be early truth tellers.” I told my bishop that though I often held strong opinions on this or that, I had forsaken a prophetic ministry for the sake of preserving unity and peace between those who disagree with me. I was relieved when he said, “Worth, in today’s world, one who seeks the way of reconciliation, peace, convictions, may be exercising a prophetic ministry.” If that is true of an individual, how much more is it true of a church or denomination?

If someone who calls upon the name of the LORD disagrees with me, especially on matters of Scripture and the interpretation of scripture, and I can see how they can disagree with me, on good faith, on their terms, not mine, then though I am responsible for my own actions, I am not responsible for theirs. I can continue to accept them in the name of the LORD on whom they call.

I have been in the ministry for 35 years. Now, in the final decade of my ministry, I am quite sure that one of the great habits of any church is togetherness. The New Testament is filled with talk of togetherness.

There are many other texts I could mention, but it is time to close this sermon. I will close it with a question?

What do you think God’s keystone habit is? Perhaps it is the kingdom of God, for what God decrees God gets, but that is a given. There is one sense in which God’s keystone habit is togetherness. In Ephesians 1 we read that God’s purpose for the fullness of time is “to gather together in one all things Christ.”

So, if we are to be the children of God, we are to be a part of the gathering together. This means it is not enough to accept the grace, we must share the grace. It is not enough to hold the hope, we must share the hope. You do that when you go on mission trips in Mississippi, and Honduras, and Nicaragua, and Alaska. You do it when you attend choir practice, or play in the band, or make chicken pies. You do it when you come to worship, and bear witness to your faith to a neighbor. You do it when you invite a neighbor to church with you. God’s eternal purpose is to gather together all things in Christ, and God invites us to share in that purpose and work.