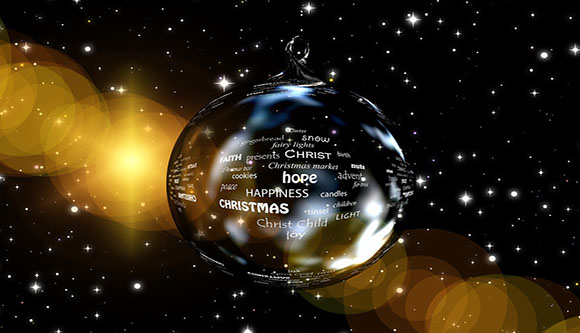 Over the last two weeks, Worth has covered the topic of hope pretty well, actually he has covered it exceptionally well. So well that I am hesitant to delve into the same topic. But it just so happens that today is the first Sunday of Advent and, as I said to the kids when we were lighting the candle on the Advent wreath, the theme for the first Sunday of Advent is hope. So I don’t really see how I can avoid it. I hope that you are ready for one more sermon on hope.

I imagine that many of you were kind of expecting it. Because more than any other season, Advent and Christmas are times of tradition, times of expectation, times of anticipation. I’m sure that most of you came to church this morning anticipating that we would sing Hosanna because that is the tradition for the first Sunday in Advent in the Moravian Church. It’s just one of those things that we expect this time of year.

Among the many traditions and expectations of the season, there’s another event that happens every year about this time. Usually around Thanksgiving or the first Sunday in Advent, what I like to call the “Harbinger of Hope” appears. That’s a good word, isn’t it? “Harbinger”- it means a person or thing that announces or signals the approach of another. And that is what the “Harbinger of Hope” does. He comes to lay the groundwork for the big event, to get things ready for the major arrival, to signal the approach of one who is greater than he, to herald the arrival of the big guy, to “prepare the way.” But it’s not who you think. If you were paying attention to the gospel lesson, you are probably are thinking that the Harbinger of Hope is John the Baptist. But it’s not. However we will get to him later.

The Harbinger of Hope that I am talking about is the Elf on the Shelf. Have you seen these guys? They are elves who make an appearance in homes between Thanksgiving and Christmas to scout out who is being naughty and who is being nice. Santa’s “scout Elves” hide in houses to watch over events. Once everyone goes to bed, the elf flies back to the North Pole to report to Santa the activities, good and bad, that have taken place throughout the day. Before the family wakes up each morning, the elf flies back from the North Pole and hides.

We have one of these elves in our house. I wanted to bring him to church so that you all could see him, but one of the rules is that if one of the family touches him, he goes back to the North Pole and never returns. His name is Jingle and in addition to spying and hiding, he creates a fair amount of mischief. But he still qualifies as a Harbinger of Hope.

When Jingle, the Elf on the Shelf, appears, the hope and anticipation that Christmas is soon to follow, arrives with him. He signals the approach of one who is greater than he, he prepares the way, he gets us ready for the arrival of Santa Claus. When you see the Elf on the Shelf, you know that Santa Claus is coming to town. For all of those who have been good this past year, he is a sign of hope. And for those who maybe haven’t been quite so good, he is also a sign of fear. Because when you see the Elf on the Shelf, you had better hope that you are ready for who is coming next, for the one who comes after him. And if you are not, you know that it is time to get ready. It’s actually kind of nice to know what’s coming, to have the chance to get ready, to prepare for the one who is to come.

John the Baptist plays much the same role for Jesus as the Elf on the Shelf plays for Santa Claus. John is Jesus’ “harbinger of hope” He is the voice in the wilderness that Isaiah prophesied would come to herald the coming of the Lord, the Messiah. John the Baptist told the people, all the people who would listen, to get ready, to prepare the way of the Lord; to make a straight highway in the desert, to lift up the valleys and bring down the mountains, to level the uneven ground and smooth out the rough places. Because the glory of the Lord is about to be revealed, He is coming.

For the people that heard Isaiah’s prophecy and for those who saw John the Baptist as the fulfillment of that prophecy, the thought of the coming of the Messiah was a great cause for hope. They had long been persecuted, held captive, forced into slavery; their lives were defined by being oppressed, defeated, hated. They were waiting, they were longing, for the one who would come and save them and set them free. So they listened. They listened to that voice in the wilderness calling them to prepare the way of the Lord.

Confession and repentance aren’t really what we like to think about when we are celebrating Advent. We would prefer to save that stuff for Lent. Hope, peace, joy, and love- these are the things we like to think about, to focus on during this season of preparation. It’s much more fun, it’s much easier to prepare to receive those things that Jesus brings into the world than it is to look at ourselves, to confess our sins, to repent from our sins, and to go and sin no more.

It reminds me of a lost verse from one of my favorite Christmas hymns, Angels from the Realms of Glory. “Sinners wrung with true repentance, doomed for guilt to endless pains; justice now revokes the sentence, mercy calls you break your chains.” Doesn’t really fit the Christmas mood, does it? No wonder it’s a “lost’ verse that you won’t find in either the red or blue hymnals. It was in the old 1923 black hymnal but it has wisely been left out of the more recent versions. Who wants to sing about that on Christmas?

Yet they are an essential part of our Advent preparation. There are really two types of preparation during Advent. The first is physical- we decorate our homes and  our church, we buy and wrap gifts, we trim candles and hang stars. The second is spiritual preparation.  And it is something that we often overlook. That’s why it is good to have John the Baptist, the Harbinger of Hope, to remind us to prepare not only our bodies, but our souls as well.

We spiritually prepare for the coming of Jesus into the world and into our lives by first doing the thing that we don’t like to do- to consider our sins, our faults, our shortcomings, all the ways that we have failed and fallen short of God’s glory. Then we confess our sins, we acknowledge the wrongs we have done and the good that we have failed to do. Then we repent from those sins, we turn our backs on them and strive to  not do them anymore.

We need to remember that an equally important part of our spiritual preparation  is recognizing that we have been baptized with the Holy Spirit already. When  we confess and repent, we also receive the assurance that our sins have been forgiven. The penalty has been paid. Jesus has made recompense for our sins. In a way, he has prepared the way for us, rather than our preparing the way for him. At least when we are only focused on preparing the way for Jesus to enter into our own lives.

But our Advent calling as Christians is much larger than just preparing to receive Jesus in our lives. That may sound strange to hear, but I believe it to be true. As Christians we are called to prepare the way for Jesus to enter the world- not only our world, but the WHOLE world. This is where Hope, Peace, Joy and Love come in. These are not just the qualities that Jesus brings into the world, they are also the qualities that he expects us to bring into the world.

I’m not discounting those negative feelings. I’m not saying that they aren’t real or that they don’t matter. Because they are real and they do matter. Life is hard and pain is real. But you aren’t alone in your pain, you aren’t alone in your life. That’s what this time of year is all about. It is about welcoming God into our world and into our lives. It is  about welcoming God made flesh who dwelt among us, who felt the pain that we feel, who knows what it is like to feel hopeless.

But as difficult as it is when you don’t feel the way that everyone says you are supposed to feel, even when you know that you aren’t alone in those feelings, that you have a Savior who has felt the same way, it is essential that we do what he did. It is essential that we be who God has called us to be and and who the world needs us to  be.

John Wesley, the founder of the Methodist Church, was profoundly influenced by the Moravians. As he struggled with his faith, he asked a Moravian friend, Peter Boehler, how he could preach faith when he wasn’t sure he had faith. Boehler replied “Preach faith until you have it, and then, because you have it, you will preach faith.” The same applies to us. We can bring hope and peace until we have hope and peace, we can share joy and love until we have joy and love. In other words, fake it until you make it. But not really. Because we do have those things, even if we don’t always see it or feel it or know it.

We have already received Jesus, we are recipients of the hope, the peace, the joy, and the love that he brings. They are part of our identity as his followers, they are part of who we are as Christians. We have them and we are called to share them. And this Advent and Christmas at New Philadelphia provide us with plenty of opportunities to prepare the way of the Lord, to make a straight path on which he may come.

The offerings and activities of the 12 Days of Service, as we feed the hungry and welcome the stranger, as we care for the sick and the prisoner, as we work and pray for and serve the least of these, are all ways of bringing hope and peace to our neighbors and community, to our world. Our wonderful Advent worship services and our Christmas lovefeasts share the joy and the love that we have with our friends and our families.

Like the Elf on the Shelf and John the Baptist, we are Harbingers of Hope. We are preparing the way of the Lord. We are the hope and the peace and the joy and the love. So let us use what we have and be who we are so that we can make straight in  the desert a highway for God, so that we can lift up every valley and bring down every mountain. Let us tell the world that their penalty has been paid, their debt is forgiven. For unto us a child is born, unto us a son is given.