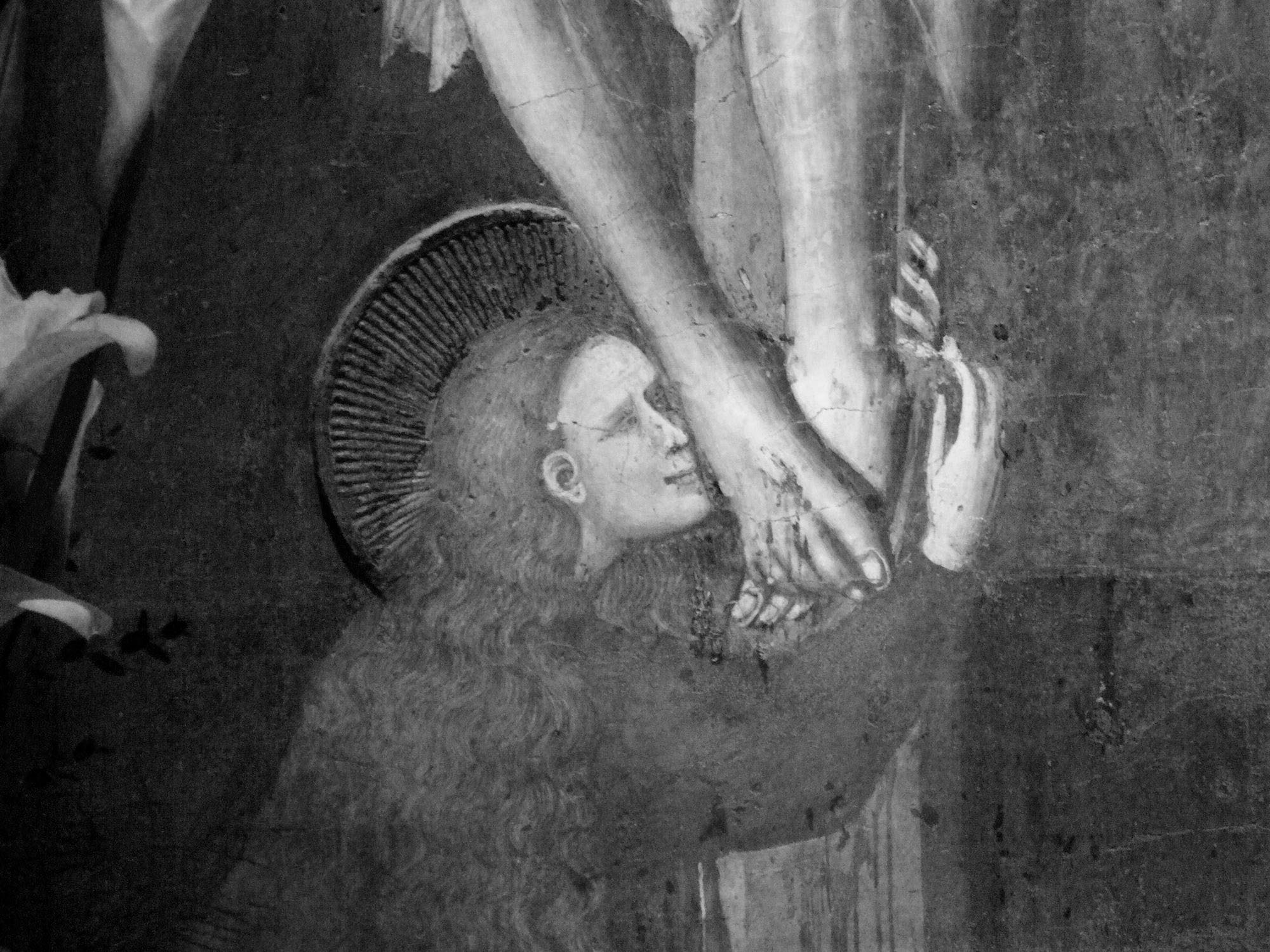 Every Easter morning becomes a glorious event for this congregation.  It happens here at this church, other Moravian churches, and those of other denominations.  It happened this year, barely five months ago … and it happened last year, and a hundred years ago, and many years before that.

Many of us get up early every Easter and take part with thousands of others in God’s Acre — in Salem, or elsewhere — and worship God, welcoming and praising our Savior through a Sunrise Service.  Many others play in a band throughout the night, calling people across neighborhoods to come and worship, and then eating a huge breakfast together.  We gather at churches with countless others — many of us in our best Easter clothing and proclaim year after year after year, “The Lord is risen, the Lord is risen indeed.”

The irony of all this is that in our Gospel, in John 20:1-18, the whole event and miracle are much more understated.  Most churches do far more to pull out all the stops, include the band and the music and the flowers and all the elements of celebration — much more than the words of scripture indicate or describe.  Of course there was joy and drama on the day of resurrection, but considering the words of our Gospel, there is something amazing in how subtle and understated it’s written.

Maybe when you present a triumphal event in non-triumphal fashion, those who truly understand can recognize the deeper meaning of it all. The fact is that much like Jesus’ life, even such a central event of the whole gospel happened quietly and away from the world’s attention. The Gospel gets revealed to women, to everyday former fishermen, to all those whom the wider world regards as ordinary. There is something amazing in the fact that King Herod and Pontius Pilate, though they had been deeply involved in the events leading to Jesus’ death, now simply disappear out of view once Christ is raised.

Recognizing that the resurrection occurred in such an understated manner is a reminder that Christ came for all people, even the most lost and undone human creatures, who might need hope the most. Thanks be to God that our Gospel gives us just what we need: not so much music or bands or lack of sleep or a big breakfast, but instead, new life, a new life we need more than anything.

And because of this Good News, it’s still appropriate to worship every Easter with all of these things.  We ought to celebrate Easter with nothing less than excitement and jubilation.  It’s a wonderful thing.

Yet, lost within all we say and do and celebrate every Easter is another hero of our faith, Mary Magdalene.  I believe she’s overlooked in her importance to our story of faith.

Several years ago, on a trip to Israel with Moravian young adults, the first place we visited was Galilee … and sailing on the Sea of Galilee, we were able to see the location of Magdala to the northwest.  Magdala, meaning “elegant” or “great” — it’s a town no longer actually there, and early rabbis have reported that the town had no laws and no morals and, in time, fell to destruction.

Yet, such a town with such a horrible reputation, still produced a woman like Mary, Mary of Magdala.  So who is this woman? We’re told that she was among the group that was closest to Jesus. She also was a witness to Christ’s crucifixion, burial, and – as we read in today’s Gospel – his first appearance after his resurrection.

Mary Magdalene’s own reputation has been brought into question. The gospel accounts, however, give no evidence that she was either a prostitute or even the woman who anointed Jesus’ feet. What we do know is that she was an important part of the events on that first Easter morning. She was the one who announced, “I have seen the Lord.” The other disciples who were there merely went back to their homes.

She was a woman familiar with darkness, as Luke tells us that it is from Mary Magdalene that Jesus cast out seven demons. Then having been freed from her demons, she followed Jesus and even supported the ministry from her own pocketbook. And at the end it was Mary Magdalene who did not deny Jesus, or betray him, or run away when the situation became difficult, but she stood at the cross with just a couple other faithful women. And after Jesus died, it was Mary who came to his tomb, as we are told, while it was still dark.

Scripture provides only a few brief scenes from the life of Mary Magdalene, but each scene brings a new report of action. There are twenty-four verbs used when describing her life, and all of them tell about being a witness.

She was a witness because she was with Jesus in his ministry and his life.  On the day that Christ was crucified, she stood looking on, she stood at the foot of the cross. And at the end of the day, when they were laying his body in the tomb, she was sitting nearby, and she saw where his body was laid. Again, she was a witness.

Mary is mentioned is all four gospels. She was present for some of the main occasions in Jesus’ life, in particular his death on the cross, his burial, and his resurrection appearance. This is the reason Mary was given the title, “Apostle to the Apostles” by early Christian leader, Bernard of Clairvaux. This title helps us remember what honor was given to her by Jesus at the time of his resurrection.

She went to the tomb early on Easter morning, expecting to anoint the dead body with oil. Instead, she found an empty tomb. She reported this to the disciples and they came running to see for themselves, not believing her tale. Then she encountered someone she at first mistook for the gardener, but soon learned it was the risen Jesus. Jesus then sent her to tell the disciples the good news, so that they would know and be able to tell others. This is why she has the appropriate title, Apostle to the Apostles. The title “apostle” means “one who is sent” or “messenger.” She was sent by Jesus for a purpose and with a message.

And so it was on the day after the Sabbath, on Sunday morning, while it was still dark, Mary Magdalene went to the tomb of Jesus with certain spices to finish the process of preparing his body for burial.  Mary went out first, ahead of the others, by herself.

She went ahead of them – not because she was expecting what happened, but because she wanted to be alone for a while in the graveyard.  She went out alone to grieve awhile before undergoing the ordeal of doing what had to be done, before she touched the wounded, lifeless body of Christ and honoring him by treating his broken body with the dignity that the dead should receive.

And, in some ways, Mary Magdalene is, for us, the patron saint of just showing up, of being there when we shouldn’t be missing out.  Showing up means being present to what is real, what is actually going on. She didn’t necessarily know what to say or what to do or even what to think … but none of that is nearly as important as the fact that Mary Magdalene simply showed up. She showed up at the cross where Christ became a victim of violence and terror. She witnessed the man who had set her free from her own darkness as he bore the evil and violence of the world upon himself and yet, despite everything, she showed up.

Being a disciple like Mary Magdalene is also to defiantly proclaim, like she did to the apostles, that death is simply not the final word. To defiantly say that a light shines in the darkness and the darkness did not, and cannot, and will not overcome it.

Pope St. Gregory the Great wrote in a sermon about Mary Magdalene:

“At first she sought but did not find, but when she persevered it happened that she found what she was looking for. When our desires are not satisfied, they grow stronger, and becoming stronger they take hold of their object. Holy desires likewise grow with anticipation, and if they do not grow they are not really desires. Anyone who succeeds in attaining the truth has burned with such a great love. As David says: My soul has thirsted for the living God; when shall I come and appear before the face of God? And so also in the Song of Songs the Church says: I was wounded by love; and again: My soul is melted with love.”

The resurrection of Jesus, and every Easter — including the empty tomb, the angels, the band, the lilies, Mary’s encounter with Jesus, and even the existence of the church itself — is a reminder to us that while there are many reasons to weep, there is also a great reason to rejoice.  Christ was crucified, he died, and he was laid in the tomb, but that tomb could not hold him. And because of him, death is not the end of the story. Nor is it the end of our stories.

There are those who say that Mary Magdalene stood for all humanity when she was weeping over the sadness of death’s presence in our world, and she also stands in for all of us even after she learned the truth of Easter. She, like any of us, can’t quite yet take hold of that resurrected person in the middle of the story. She, like any of us, couldn’t hold him there, or keep him there.

“Do not hold on to me,” Jesus says. Life goes on, death still remains, and life can leave us with many tears still in our eyes.  But before this stage of the Easter story closes, Mary runs back to where the other disciples are and becomes the first apostle and in many ways, the first minister in the history of the Christian Church as she becomes the first one to declare to another, “I have seen the Lord!” She saw him, even if she could not hold on to him.

And the good news, still: if you have faith, then you also have seen the Lord. The band may not play at every moment of your life as it does on Easter morning. And in fact, we will all have our share of weeping, also. But it is in the midst of those bitter tears that Easter happens. We discover a hope, and then cling to the joy of that hope, to remind ourselves that death is not the end. By faith, we also have seen the Lord. And for now, that is enough.