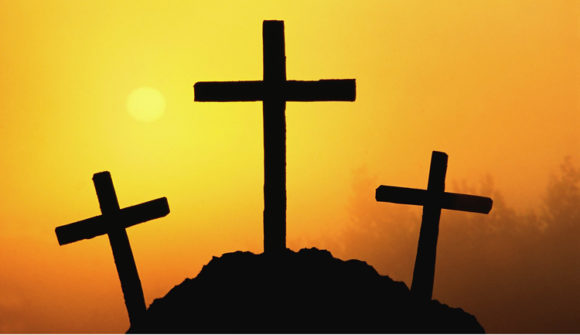 “For I decided to know nothing among you except Jesus Christ, and him crucified.” At first glance, this seems like a pretty easy scripture to get into. How hard is it to “know nothing”? Some people might say that I am an expert on knowing nothing. “Joe Moore? Don’t ask him about anything, because he knows nothing.”

While people might not actually be saying that, at least not to my face, and maybe I do know a thing or two about a thing or two, there have certainly been times when I felt like I knew nothing. And Scout Sunday reminds of a one of those “know nothing” times in my life. About 4 years ago, when Zach was in first grade, one of our friends encouraged us to get him involved in Cub Scouts. I was all for it, even though I had not been much of a Scout myself. I believe that earning my Bear badge was as far as I ever made it in Cub Scouts. But I didn’t want to prevent Zach from experiencing Scouts. Even though I wasn’t very good at it, I was and am a big believer in the importance of Scouting.

So Zach joined Pack 747 at Wesley Methodist Church. It was a really small Pack, only about 15 kids from Tiger Cubs to Webelos, nothing like the size of 715. One of the things about it being so small meant that all of the parents were needed to help out with the leadership. And somehow, I found myself the “Den Leader” of the Tiger Cubs. And honestly, I was doing ok at it. Being a Tiger Cub leader wasn’t too hard. The Tiger Cub requirements were things that I felt pretty confident in being able to help the Tiger Cubs learn.

But then, after about a month of being in it, the Cub Master said it was time for something called the Parent-Son Camporee at Raven Knob and our Pack had been assigned to a tent camping sight. Uh oh! Tent camping? I had only been tent camping ONCE in my life and that was probably 35 years ago in my friends backyard. I could see one of those “know nothing” occasions coming up very soon. But I didn’t want to disappoint Zach, so we headed out to Dick’s Sporting Goods and bought a tent that the salesman assured me was the easiest one to put up. And on a Friday evening in early October, we headed up to Raven Knob with the rest of Pack 747.

We arrived and checked in at the main building and drove out to our campsite. We drove and drove and drove. I was beginning to think that we had gotten lost, or the driver had decided to head back to WS. Because it seemed like we were never going to get there. But finally we arrived at a clearing in the woods and someone announced that this was our campsite. We unloaded the car and everyone started to put up their tents.

Now, just a couple of days before, I had actually taken out our tent and put it up in our backyard. I knew I needed to have at least some idea about how to get it assembled. And I actually felt like I did a pretty good job of getting it put together. It didn’t seem to take me too long and I was able to use all of the parts that came in the bag. But putting up a tent in the broad daylight of my own backyard is very different from putting one up in the pitch dark night in the middle of nowhere. Standing there, with all the tent poles and pegs and pieces strewn across the ground, I truly felt like I “knew nothing.” I began to ponder the advisability of maybe sleeping in the car, or even just saying to heck with it all and heading back home.

Fortunately, I wasn’t out there alone. There were plenty of people there who knew how to put up the tent, even in the dark. And Scouting people are very willing to help out. It’s actually part of the Scout Oath- On my honor I will do my best to do my duty to God and my country and to obey the Scout Law; to help other people at all times; to keep myself physically strong, mentally awake, and morally straight. We soon had it up and ready, we even built a nice campfire and made s’mores. And we had a great weekend camping. But I will never forget standing there, wondering if I would ever get that tent put up, feeling like I knew nothing, absolutely nothing.

It’s not a very good feeling, “knowing nothing.” As I began to ponder this Scripture and how it fit with Scout Sunday, I wondered if Paul felt like I did as he wrote to his friends in Corinth. But as I thought about it, it hit me that there is a pretty significant difference between my knowing nothing about camping and Paul writing that he knew nothing “except Jesus Christ, and him crucified.” In this letter to the Corinthians, as Paul reminds them of how he came to them to share the gospel of Jesus Christ with them, Paul states that he DECIDED to know nothing except Jesus Christ, and him crucified. There is a big difference between deciding to know nothing and truly knowing nothing. Paul, going to the Corinthians was an example of the former, and me, standing out there in the dark at Raven Knob, surrounded by the dozens of pieces of what was supposed to be my tent,  was an example of the latter.

Paul didn’t actually know nothing. On the contrary, he knew quite a lot. He was a well educated man. For one thing, Paul actually knew how to MAKE tents. When he wasn’t sharing the Gospel, he made a living making tents. As a young man, he received both a religious and secular education from Rabbi Gamaliel. He was educated in literature, philosophy and ethics. So when he went to Corinth, he did not go “knowing nothing.”

That is not what Paul offers them. He instead decides to only offer them “Jesus Christ, and him crucified.” He decided to only offer them the message of the cross, which he knew would be seen as foolishness by the Corinthians, it would not make sense to them, they would not be convinced by it.  Yet, the cross revealed both the power and the wisdom of God. Paul knew that even God’s foolishness was wiser than human wisdom, he knew that God’s weakness is stronger than human strength. So he offered to the Corinthians, who exalted wisdom, what he saw as the ultimate wisdom, Jesus Christ, and him crucified.

That actually does sound appealing. Too often it seems like we make our faith far too complicated, we have too many rules and regulations, too many policies and procedures, too much structure, too much judgement, too much exclusion, just too much of everything except for Jesus Christ, and him crucified.

There is nothing wrong with most of those things- we need rules and regulations, we need policies and procedures, we need structure. But we need them to serve our proclamation of Jesus Christ, and him crucified. We need them to enable our proclamation, to enhance it. But when our faith becomes about the rules and regulations and not the people they are designed to serve, about the policies and procedures and not the people they are there to guide, about the structure and not the people it is there to support, our faith leads to judgement, it leads to exclusion, it leads away from Jesus Christ, and him crucified.

What Paul did when he decided to “know nothing except for Jesus Christ, and him crucified” was to decide to view everything through the lens of the crucifixion. He is saying that everything he is doing, everything he is saying, everything he is writing, it is all done, said, and written with the goal of sharing the message of the cross- the hope, the peace, the joy and the love that are evident in the fact that for God so loved the world that he gave his only son and whoever believes in him will not perish but will gain eternal life.

As I stood out there at the Parent-Son Camporee, in the pitch dark night at Raven Knob, surrounded by the parts of my tent, knowing nothing about how to put them all together, I felt very alone. But that feeling soon disappeared as all of the Scouts and parents began to help me get my tent up, as they helped provide me with the shelter that Zach and I needed to get through the weekend. Our Pack came together to help someone in need.