Our New Director of Christian Education 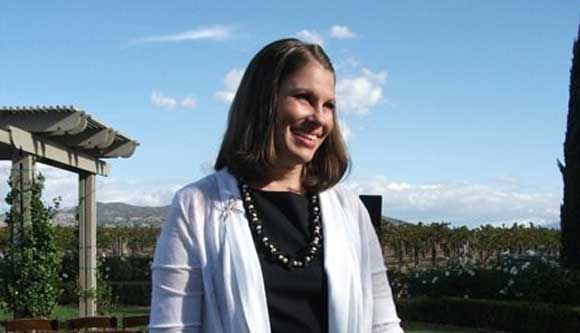 We are pleased to announce a new Director of Christian Education, the Rev. Mrs. Christy Clore. Christy is married to Br. David Lewis Clore, who, to use a good southern phrase, “was raised among us.” Christy and David have one son, Miles Lewis, who is three years old.

Christy grew up at Mayodan Moravian Church. Her mother interned as a Christian Educator here at New Philadelphia in 1966, taught in the public schools for more than thirty years, then became a Christian Educator in our province. That makes Christy almost a “P.K.” Christy attended Oberlin College, graduating with a B.A. degree and a double major in biology and religion. She then attended the Candler School of Theology at Emory University, where she graduated in 2005 with a Master of Divinity Degree. Christy was ordained a deacon in the Moravian Church in July of the same year.

As a friend of David’s family, it was my pleasure to attend his wedding to Christy, which was held on her grandparent’s farm in Stoneville, just outside of Mayodan. Following their union, Christy and David attended New Philadelphia while she served Salem Academy and College, remaining here until she accepted the call to serve the Home Moravian Church.

Though an ordained Moravian minister, Christy does not come to us under call. She sought out and applied for our DCE position, which is not a call position, citing a desire to work with the Spiritual formation of children and adults. Never the less, Christy is eager to serve our children and their families in a pastoral capacity, will assist in serving the Holy Communion, and when the occasion warrants it, she is an able preacher. Our younger children are encouraged to call Christy, “Pastor Christy,” in the same way that they call John “Pastor John,” or me, “Pastor Worth.” Adults (and older children who have the permission of all concerned) are fee to call any of us by our first names.

We believe that God’s work is visible in this call. We received more than 15 applications for the position, and interviewed almost two-thirds of that number, several of them, including Christy, multiple times. Though Christy has been a strong candidate for our DCE position from the very first, we have the additional confirmation of a long, dutiful and fruitful process by which we sharpened our own understanding of the DCE roll at New Philadelphia, and prepared ourselves to welcome our new DCE to the task.

She will begin work on Monday, May 13, 2013, and she will be installed on Sunday, May 26th. Please join us in praying God’s every blessing upon Christy, David, and Miles as they undergo a significant change in the life of their family. Pray for Christy as she undertakes what we believe will be a perfectly timed and tremendously effective period of service as our Director of Christian Education.