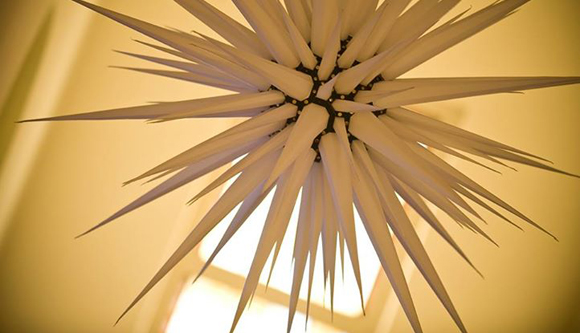 Since I am still new here at New Philadelphia and still getting to know you all and you all are still getting to know me, I thought that I would take advantage of this opportunity to share something with you about myself to help you get to know me a little bit better. With this being Advent and with Christmas only three weeks away, you all need to know that I am an expert when it comes to celebrating Christmas. I am well known for having perfected the various ways to make the season merry and bright. I am often asked how it is that I seem so happy and jolly and peaceful and joyful at Christmas. People kept wanting to know how it is that I can keep Christmas so well. So, a couple of years ago, I came up with a list of my personal Christmas Traditions, Observances and Rules. And I shared this on Facebook so that others may enjoy the Christmas season as much as I do. I’d like to share this with you all so that you too may have a holly jolly Christmas. A couple of disclaimers before I get to the list- this is my own personal list. It is not open for argument or modification. It works for me and it can work for you, if you just give it a try. But if you disagree, just remember that you “keep Christmas in your way and let me keep it in mine.” And this is an all encompassing list- it includes both secular and sacred, serious and silly, Christmas traditions.

And so, without further adieu, here are Joe Moore’s “Christmas Traditions, Observances and Rules”

3) You can begin to decorate your home after Thanksgiving but a Christmas tree should not go up until after December 4.

4) Outside trees get ONLY white lights and ONLY colored lights are used on the tree(s) inside the house.

6) Citrus fruit should be present in your home during December

7) “Chex Mix” is properly called Yuletide Joy and should not be made before the middle of December. It is best enjoyed in moderation with a small glass bottle of Coca-Cola.

8) Only red and green M&M’s and red, silver and green Hershey’s kisses are acceptable from Thanksgiving to Christmas

10) Christmas Vacation, Miracle on 34th Street, It’s a Wonderful Life, The Homecoming, Elf, How the Grinch Stole Christmas (cartoon), A Charlie Brown Christmas, Rudolph the Red Nosed Reindeer are all required viewing at least once between Thanksgiving and Christmas.

14) O Come All Ye Faithful is the first hymn, Morning Star is next to last, Christ the Lord the Lord Most Glorious is last. Any variation is unacceptable.

15) Moravian Buns, not sugar cake, are served at proper lovefeasts

19) A nap on Christmas Day afternoon is mandatory

21) The Festival of Lights at Tanglewood is best enjoyed every other year. I usually go in the even numbered years.

22) The trees on Watson Ave in Winston-Salem should be enjoyed but also critiqued, harshly

23) The Christmas decorations should remain until January 2

So there you have it. If you want to have a wonderful Christmas time, follow those 25 rules throughout the Christmas season. Honestly, these represent my attempts over the years to replicate the things that I have enjoyed in Christmases past, not long past, but my past. They show how I have tried to create a Christmas just like the ones I used to know. Because isn’t that really what we all want to do at Christmas? To recreate the joyful and exciting Christmases of our childhood? Of the time when all was right with the world?

We long for Christmas to be like it was. If ever there is a time that “traditional” is expected, it is at Christmas. And there is nothing wrong with that. Nothing at all. And there is nothing wrong with any of the things on my list either. They may not be what you like, they may not be how you choose to keep Christmas, but they work for me. And I imagine that I could get universal agreement on a few of them. Especially the more Moravian specific ones. Like about the lovefeasts or the Moravian Star. Let’s see a show of hands- how many people have a Moravian Star hanging on their porch, or somewhere in your home?

The Moravian Star is certainly traditional. It’s roots go back to go back to the 1830’s when it was created as part of a geometry lesson at the Moravian Boys’ School in Niesky, Germany. Today they are used all over the world as part of people’s Christmas decorations and traditions. They are especially prominent here in Winston-Salem. From the massive Moravian Star that sits atop Baptist Hospital to the ones decorating home after home, you can’t go far without seeing a Moravian Star. I love being able to sit in our family room at the parsonage and look at the star hanging in our steeple. There are even the images of a Moravian Star on our bulletins this morning.

But, unlike just about everything else with Christmas, I think that we are making a mistake if we look at the star and only see the the past, and only see the image of what was. The Moravian Star should not only be seen as a reminder of Christmas past, long, long past. It should not only be seen as the star that guided the shepherds and the wise men to the baby Jesus. While it certainly is intended to remind us of the Christmas star, it can also have a very different meaning. And during Advent, it SHOULD have a very different meaning.

Advent is the time where we are basically living in two different worlds- the world of the present, the here and now. And the world of the future, the world that is to be, the world that is to come. But far too often we miss that. We live in two worlds, but they are the wrong two worlds. We are living in the present, the here and now. And we are longing for the past, the world as it was. This is especially true at Christmas. But that’s not really what the season of Advent is all about. It is not what it is meant to be.

The season of Advent is all about not what was, or even what is, but it is about what is to be, what is to come. It is why we hear so much from prophets like Isaiah during Advent. A prophet is one who speaks on behalf of God about how God wants the world to be. And while we believe that many of Isaiah’s prophecies were fulfilled in the birth of Jesus, not all of them were.

Jesus, as a descendent of David, was certainly was the shoot that came out of the stock of Jesse and the branch that grew out of his roots; he definitely had the spirit of the Lord, the spirit of wisdom and understanding, the spirit of counsel and might, the spirit of knowledge and the fear of the Lord resting on him, all of that has happened, all of that is past. But the rest of Isaiah’s prophecy that we read this morning has not yet happened. The wolf doesn’t live with the lamb, the leopard doesn’t lie down with the kid, the calf and the lion and the fatling are not together, the lion isn’t eating straw like the ox. And children had better not be playing around with snakes. This is not the world we live in. It is not a scene from the past or the present. But it is Isaiah’s vision of the future. It is God’s vision of the future.

During this season of Advent, as we long for a mythical, imagined past (for how things used to be, even though they never really were) perhaps we should instead be working for a future where things are as they should be, as God intends for them to be, as Jesus can make them be. Maybe the Moravian Stars that we hang in our church and in our homes should not only be a reminder of the star that guided the shepherds and wisemen to Jesus, but maybe they should also a signal to the peoples. A signal that shows that we are indeed working to create a world where our God reigns, where peace and justice rule, where the wolf does live with the lamb, where the leopard does lie down with the kid, where the calf and the lion and the fatling are together, where the lion is eating straw like an ox, and where the nursing child can play over the hole of the asp and the weaning child shall put it’s hand on the adder’s den.

Our Moravian Stars should be a signal, a symbol, of the world turned upside down. They should tell the world, not only that the Lord has come, but that the Lord is going to come again.  He will come again and judge our world- not by what his eyes see or his ears hear. But he will judge the world by his righteousness and faithfulness. Like John the Baptist, we are called to prepare the way of the Lord. And Advent is a time when we can do that.

Advent is a time when we are living in two worlds, the world of the present- the world as it is, and the world of the future- the world as it should be. During Advent we should be doing all that we can to turn the world as it is into the world as it should be- the world that Isaiah describes. We should do it and we can do it. We do it day by day and step by step. The kingdom of heaven doesn’t come all at once, the world doesn’t change suddenly. It happens like we fall asleep, slowly and then all at once. It happens slowly as we feed the hungry and give drink to the thirsty, through our work in places like Sunnyside and Crisis Control. It happens when we welcome the stranger and clothe the naked, at the Overflow Shelter and Samaritan Inn. The world changes, the kingdom comes, as we care for the sick at Ronald McDonald House and the SECU Family House and visit the prisoner at Forsyth County Jail and the Cherry Street Prison. As we engage in our 12 Days of Service we are actually bringing the kingdom of heaven right here to earth, we are transforming the world from what it is to what God intends for it to be.

As we look at our Moravian Stars, let us see them not as a reminder of Christmas as it used to be (but perhaps never really was) but let us see them as a sign and a signal that this is the place where the root of Jesse dwells,  where the Spirit of the Lord reigns, where wisdom and understanding, counsel and might, knowledge and the fear of the Lord rule, that this is a place where the Morning Star shines brightly. Let our prayer this Advent be that we can constantly work to bring the kingdom of heaven to earth, that we can transform our world from what it is into what God intends for it to be.