The Fruit of the Spirit: Gentleness

Home Blog Posts The Fruit of the Spirit: Gentleness 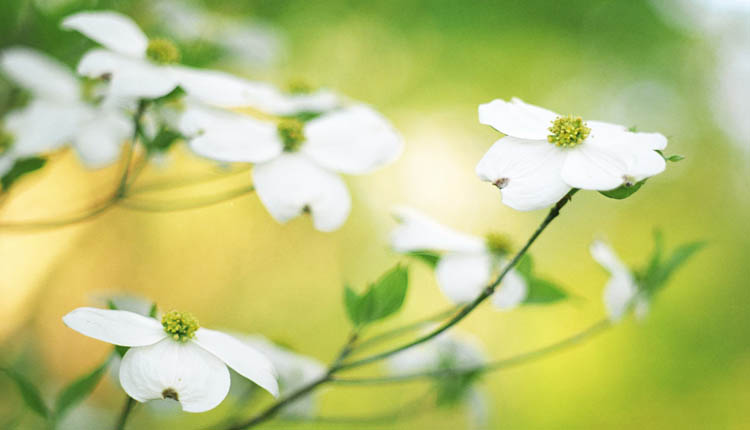 This series on the Fruit of the Spirit is rapidly drawing near the end. Today I want to talk to you about Gentleness. Since I don’t have a great deal to share on that particular subject, it seemed like a good time for a review, and to add a little to what we have already said about the Fruit of the Spirit. Here are a few things I would like for you to be able to take away from this series:

22 But the fruit of the Spirit is love, joy, peace, patience, kindness, goodness, faithfulness, 23 gentleness, self-control; against such there is no law. Galatians 5:22-23

4 Love is patient and kind; love is not jealous or boastful; 5 it is not arrogant or rude. Love does not insist on its own way; it is not irritable or resentful; 6 it does not rejoice at wrong, but rejoices in the right. 7 Love bears all things, believes all things, hopes all things, endures all things. 1st Corinthians 13:4-7

No matter how you compare them, either definition seems to encompass the other.

We learned that “makrothumia,” which the King James Version calls “long suffering,” and the RSV translates “patience” is the ability to suffer long, and deeply, and well. Jesus did not suffer so very long, but Jesus suffered both deeply and well. Jesus suffered deeply not just because of the physical pain he suffered on the cross, though his physical pain was substantial and real, but because he felt cut off from God. No portion of scripture moves me quite so deeply as his cry from the cross, recorded in Mark 15:34, “Eloi, eloi, lama sabathani?” which is to say, “My God, my God, why hast thou forsaken me?” Jesus suffered deeply but Jesus suffered well, showing great bravery before those who crucified him, and before those who taunted him. Jesus suffered well despite the fact that his suffering was innocent suffering. Twice in the 23rd chapter of Luke’s gospel, Pilate said that Jesus had done nothing deserving death. A little later in the same chapter, one of the two thieves who were crucified with Jesus said to the other, “We are receiving the due reward of our deeds; but this man has done nothing wrong.”

Of course, the fact that Jesus suffered for us, and died for our sins, does not mean we do not have to suffer. In 1st Peter 4:1 we are told to expect suffering. The apostle writes, “Since therefore Christ suffered in the flesh, arm yourselves with the same thought.” Sometimes we, too, suffer in innocence. I think of Stephen Hawking who was diagnosed with Lou Gehrig’s Disease at the age of 21 and given two years to live. I cannot imagine a worse death than Lou Gehrig’s disease, and Hawking has lived with it for more than 50 years. He turned 75 in January. There are many other examples of innocent suffering. Perhaps you are one yourself. Of course, most people bring suffering on ourselves. “We receive the due reward of our deeds.” “We reap what we sow.” If we abuse ourselves, body, mind and spirit, our bodies, minds, and spirits expect us to pay the tab. The ability to suffer long is the ability to suffer as if we are suffering with Christ. Suffering with Christ is easier than suffering without him, because we look forward to a day when all suffering will cease. In Romans 8 the apostle writes:

When we cry Abba Father, it is the Spirit bearing witness with our spirits that we are the children of God, and if Children, then heirs, heirs of God and fellow heirs with Christ, provided we suffer with him, that we may also be glorified with him.

On Palm Sunday we learned that “meekness” is the ability to exert just the right amount of emotion, resistance, influence or power. The person who is meek is always angry when he ought to be angry, and never angry when he ought not to be angry. Likewise, the meek person is the person who exerts just enough influence or force to get the job done, and never overdoes it. A meek person never uses a sledge hammer when a tack hammer will do. Likewise, a meek person never uses a tack hammer when a sledge hammer is needed. Jesus says, “The meek will inherit the earth.” He encourages his disciples to meekness saying, “Take my yoke upon you, and learn of me, for I am meek and lowly in heart.”

In talking about meekness, we noted that several words in the fruit of the spirit are very similar. In the lists of the fruit of the Spirit, the word that the KJV translates as “meekness,” the RSV translates as “gentleness.” Likewise, the word the RSV translates as “kindness” the KJV translates as “gentleness.” To decide between gentleness, and meekness, and kindness is like trying to split a single hair into three different strands. It is hard to imagine a meek person who is not also gentle and kind. It is hard to imagine a person who is gentle who is not also kind and meek.I sometimes get the feeling that when St. Paul spoke about the fruit of the Spirit he just started piling up moral superlatives, because he knew that the Holy Spirit is capable of giving all these appealing attributes to all of us.

Let me give you a few examples that encompass gentleness, several different words in the original languages being translated by the English word, “gentle,” or “gentleness.”

In Proverbs 15:4 we read, “A gentle tongue is a tree of life.” Having a gentle tongue does not mean speaking softly. It means speaking softly, perhaps in private when correcting a teenager, so as not to embarrass him in front of his pears. It means yelling, “Stop right now!” at the top of our lungs if a small child is about to run into the street. A gentle tongue is a a tree of life because we can eat the fruit of it, pitch a tent under it, or build a house from it, and warm ourselves by it.

In 1st Thessalonians 2:7 St. Paul addresses the church in Thessalonica saying, “…we were gentle among you, like a nurse taking care of her children.” If we look at this verse in context we see Paul was gentle because he avoided two extremes of behavior. On the one hand, he did not use flattery to produce the kind of behavior he wanted in the people who belonged to the church. Flattery is a lie, and a lie never woks God’s truth. On the other hand, he did not bully them into doing what he wanted them to do by declaring, “I am an apostle of Christ, and that makes me special. I outrank you and you must do as I say.” I once had a friend who was a pentecostal pastor. He often worshiped here incognito. He used to say to me, “Worth, you have it made. The people here are kind and gracious. Everybody at my church thinks he or she is a ram-rod prophet who has God’s direction for me, and for everybody else.” He served a big, successful church; but I did not envy him.

Or what about this. In 2nd Timothy 2:25 the apostle urges a young pastor to, “correct his opponents with gentleness.” “If you do this,” he continues, “God may perhaps grant that they will repent and come to know the truth.” There is a Proverb that is very much akin to this verse. In Proverbs 15:1 we read, “A soft answer turns away wrath, but a harsh word stirs up anger.” Zig Ziglar used to say that in business, or in life, “It takes two to have an argument.” It is impossible to have a real discussion if that discussion begins in an argument.

Let me give you just one more example. In 1st Pet. 3:15 the apostle writes:

…in your hearts reverence Christ as Lord… (And)… Always be prepared to make a defense to any one who calls you to account for the hope that is in you, yet do it with gentleness and reverence…

Billy Graham used to counsel his staff to be gentle with those still seeking faith in Christ, and not argumentative. “You can win every argument,” said Billy, “and loose everyone you have argued with.” In his book, “Service Evangelism,” Richard Stoll Armstrong, says that listening is the service we supply another in order to win the right to speak of our own faith. Keister Stendhal, at one time professor of New Testament at Harvard Divinity School, often said that we are not ready for Christian witness until we are ready to be converted to the truth of another, not meaning converted from Christ, but able to appreciate something of where the person we are talking has already achieved. That is what it means to be gentle and reverent.

I mentioned on Easter Sunday that I have just finished a book by former President Jimmy Carter entitled, “Living Faith.” President Carter talked about going out, for a week, two by two, to share his faith, door to door, with a young Cuban refuge named Eloy Cruz. President Carter was amazed at how people would open their lives so readily to this remarkable young man. He writes:

As we prepared to say good-bye at the end of the week, I asked him about what made him so gentle but effective as a Christian witness, and he was disconcerted. He answered, “Well, El Senior, our Savior cannot do much with a man who is hard.

The problem with most Americans, especially men, and, perhaps, especially this man, we have been trained from birth to be independent and hard. We need a tough mind, good bones, and hard muscles, but we do not need an exoskeleton that insulates us from the hurts of others. Perhaps the best way for us to learn gentleness is to practice real meekness and real kindness at every opportunity. Gentleness will come, because trying to divide between gentleness, and meekness, and kindness is like trying to split a hair into three strands. St. Pauls says, “The fruit of the Spirit is gentleness.” And Jesus said, “Take my yoke upon you, and learn of me, for I am gentle and lowly of heart.” Matthew 11:29