The Seasons of Hope 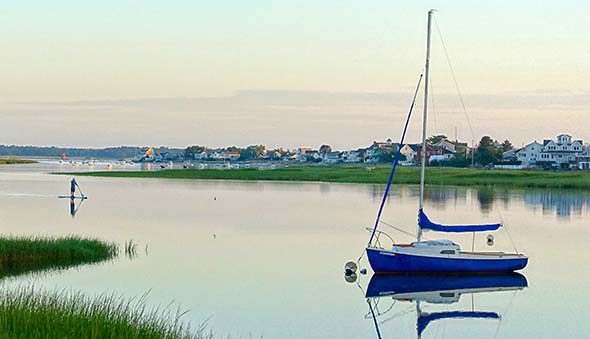 The apostle wrote to the church in Ephesus, telling them that he remembered them in all his prayers. The substance of his prayer for them was simple and revealing.

He asked simply that God might open “the eyes of their hearts” so that they might know the hope to which God had called them. Obviously hope is a powerful concept, the seed of many great things.

The ancient Greeks understood the dynamics of hope. You remember the story of Pandora. According to Greek mythology she was the first woman. The head of the God’s Zeus gave Pandora a beautiful box with instructions not to open it under any circumstance. Impelled by her curiosity, which had also been given to her by the gods, Pandora opened it, and all evil contained therein escaped and spread over the earth. She hastened to close the box, but the whole contents had escaped, except for one thing that lay at the bottom, the one thing that we really need to make life bearable: hope.

Very few people in the history of the world have believed the story of Pandora to be literally true. Yet, most people would agree about the importance of hope.

Let me give you an example. Some years ago I was asked to serve on a committee to help our local school system to define a list of character traits to be taught our children under the umbrella of “Good Citizenship.” More than a dozen parents and educators spent hours and hours discussing traits we thought should be included on the list. We finally adopted more or less the same list of eight character traits proposed by our State Legislature: 1. Respect, 2. Integrity, 3. Kindness, 4. Good Judgment, 5. Responsibility, 6. Courage, 7. Self-Discipline, and 8. Perseverance.

As we finalized the list, I suggested that we add one more characteristic of Good Citizenship: Hope. Of course, by that time, everybody in the room knew I was a pastor; and I suppose that made many people suspicious. Maybe they thought the character trait, hope, introduced by a pastor was too religious, for my suggestion was voted down. However, when we stood to vote, every non-white parent and educator in the room voted with me. They voiced their approval, too. One woman rich in the wisdom of motherhood said:

“If our children don’t have some hope of success in school, and some hope for a better life when they have finished school, then nothing else will matter to them.”

She went on to say that it was a lack of hope that drove our young people, red and yellow, black and white, to drugs and promiscuous sex, and led them into lives of crime and violence. Powerful!

Obviously, hope is not just a religious concept. Everybody needs hope, no exceptions! Thus hope can be an educational strategy, and hope can be a political strategy. In his book, The World Is Flat, Hot and Crowded, Thomas Friedman that the Muslims who become Jihadists are those who live in countries where there was no hope for a better life. They choose martyrdom and the hope of Paradise over a life of poverty and hopelessness. Friedman says that if we are to defeat the Jihadists we must help them discover hope for their own lives. Wow, imagine that, hope is a strategy in the war on terror!

Hope is a medical strategy, too, especially for those who are seriously ill. If people believe that their illness is unto death, they either give-up the fight and become despondent, or they reconcile themselves to the inevitable, and make the best of the time they have left. However, if they have even a slim hope of beating the disease that has attacked them, then they fight back, and their attitude helps their doctors help them.

Counselors who treat people with situationally induced depression (as opposed chemically induced depression) say that it is the gap between what people hope to gain from a situation and what they actually gain that sinks them down in depression. For instance, a woman hopes for a 10% raise and gets 4%. She can’t help but be a little disappointed and discouraged, especially if the men in her office received the higher rate. Or what about this? A man hopes to marry a woman he has secretly admired for years; but he never lets her know how he feels. Then, one day, she shows up at church with a diamond on the fourth finger of her left hand. Oops! It was Frankie Valley who asked: “What becomes of the broken-hearted? They had a hope that has now departed?” I could go on to touch on all the things children want for Christmas, but never get, things as simple and as expensive as an Apple Watch or a Google Plus. When I was young, at the start of catalog season, I always asked my parents what they thought Santa Claus could afford this particular Christmas. I didn’t know it at the time, but I was trying to avoid a gap between what I hoped for, and what I received.

Now, at this juncture, I would be less than honest if I did not point out that some people think that religious hope is the source of a great many of the worlds ills, whether personal, economic or political. In his book, The True Believer, Eric Toffler mentions two kinds of hope. He makes a distinction between “hope that is just around the corner,” which he regards as good, and right, and true, because it often “spurs people to action,” and “hope that lives in the far distant future,” which he regards as ultimately dangerous, because it robs people of their desire and ability to act in the present. To illustrate Toffler used the example of slaves, and other politically oppressed peoples, who accept their miserable present and pin all their future hopes on the pie-in-the-sky-bye-and-by that the people in power dangle before their eyes. Obviously, Toffler agreed with Lenin who said, “Religion (and by extension religious hope) is an opiate for the masses.”

Now let’s talk about religious hope. The New Testament teaches that as Christians we have two kinds of legitimate hope, hope that is just around the corner, and hope that lives in the far distant future. Both are rooted in the same action by the same actor. The action is the resurrection of Jesus Christ, and the actor is the God and Father of our Lord Jesus Christ.

In Ephesians 1:19 the apostle is talking about hope for the here and now, when he says that he wants us to know “what is the immeasurable greatness of God’s power for us who believe.”

Then in Ephesians 1:20-21 the apostle is talking about hope for the far distant future—a future beyond the grave that was revealed in Christ when:

(God) raised Jesus from the dead and made him to sit at his right hand in the heavenly places, far above all rule and authority and power and dominion, and above every name that is named, not only in this age, but also in that which is to come.

As Christians, by faith, we believe that we have a surplus of legitimate hope. If we read the New Testament carefully we discover that our surplus of hope reveals itself in four stages.

II. The second stage of hope is stage of no hope. No hope is better than false hope. In Ephesians 2:12 those who do not believe in the resurrection of Jesus are said to be “without hope, and without God in the world.” People who reject God are forced to live with “the benign indifference of the universe.” It is the best they can hope for; but no hope is better than false hope.

III. The third stage of hope is the dawn of real hope. Real hope dawned when Jesus came into the world to reveal God, and God’s future for humankind. In John 5:39 Jesus spoke to the Jews saying, “You search the scriptures, because in them you think you will find eternal life, and they are they which testify of me.” When Jesus said this, he already knew he would have to prove it. He knew he had to lay down his before he could demonstrate that he had the power to take it up again. During the final week of his ministry, Jesus set his face steadfastly toward Jerusalem, knowing he would be rejected by his own people, and then crucified, killed, and buried by the Romans. Unbelief says that the cross was the bad end of a good man, but faith declares it to be a road traveled once, for all, by our now victorious Savior, for on the third day, Jesus was raised from death, showed himself alive to his disciples by many proofs, and ascended to the right hand of the majesty on high, far above all rule and authority and power and dominion, and far above every name that is named, in this age, and in that which is to come.

The resurrection of Jesus has implications for all humankind. In 1st Corinthians 15:20-23, St. Paul says that Jesus:

Christ has been raised from the dead, the first fruits of those who have fallen asleep. For as by a man came death, by a man has come also the resurrection of the dead. For as in Adam (the man of the flesh) all die, so also in Christ (the man of the Spirit) shall all be made alive. But each in his own order: Christ the first fruits, then at his coming those who belong to Christ.

The Holy Spirit gives us hope for the Far distant future. He also give us hope for the present age. In the letters attributed to him, Paul uses the word “hope” forty-eight times.Two-thirds of the time he is talking of the hope of eternal life that is laid up for us in Christ. This understandable, for this is the hope that cannot be shaken. However, one-third of the time, Paul is talking about the same things we hope for in the here and now. The apostle talks about the hope we have for our family and friends, and the hope we have that others will think well of us. He talks about the hope that God will supply our financial needs, and bless our plans, and comfort us in our weakness, and heal our diseases. In Ephesians 3:20 Paul reminds us that, “by the power at work within us (God is able to do) far more abundantly than all we can ask, think, or imagine.” No wonder the late James S. Stewart, the great Scottish Presbyterian preacher said that:

The central business of preaching today is to tell men and women that the same power that took Jesus Christ out of the grave is available to them, not just in the moment of death, but in the midst of life.

Paul never says that God will deliver us from every situation in life; he does say that God will delivers us through every situation in life (read 2nd Corinthians 11:16-29), and make us stronger for each (“..suffering produces endurance; endurance produces character and character produces hope…” Romans 5:3-4) until we come at last to the final trial, and he will deliver us through that one, too, lifting us from this world into the world to come.

St. Paul himself had tasted God’s power in the Midst of life. In 2nd Corinthians 1 he wrote:

8   For we do not want you to be ignorant, brethren, of the affliction we experienced in Asia; for we were so utterly, unbearably crushed that we despaired of life itself. 9 Why, we felt that we had received the sentence of death; but that was to make us rely not on ourselves but on God who raises the dead; 10 he delivered us from so deadly a peril, and he will deliver us; on him we have set our hope that he will deliver us again.