The Sweetest Sound on Earth 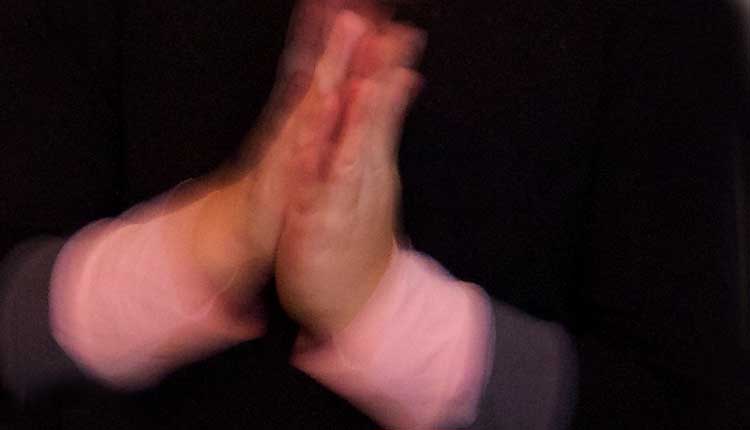 The Sweetest Sound on Earth
Isaiah 43:1-7

In my thinking Sunday’s sermon, “Just Missed.” I got so excited at where part of the text led that I failed to do justice to the whole. At 9:00 a.m. I even made two hasty statements that I immediately wanted to correct. I am grateful that I serve a congregation that lovingly helped me make corrections to those statements before preaching again at 11:10 a.m. This sermon contains the changes necessary to right the aforementioned wrongs. I love this text, I only wish I could do it justice!

The text of Isaiah 43 declares that God created Israel, formed Israel, redeemed Israel, and named Israel. Today, without neglecting the whole, I want to pay special attention to names and naming.

Israel’s beginning or birth can be traced a single individual. God called a man named Abram to leave his country, his kindred, and his father’s house, and promised that he would receive a land, a seed, and a blessing. Abram believed God, and went out not knowing where he was going, and God reckoned that faith to him as righteousness saying:

“Behold, my covenant is with you….no longer shall your name be Abram, but your name shall be Abraham; for I have made you the father of a multitude of nations.

In the Bible names are often indicative of a person’s character and station in life, and where there was a change of character, or a change in station, the person often receives a new name.

Therefore it does not surprise us that Abraham’s wife, Sarai, also received a new name. I am not sure of what Sarai means, but God changed her name to Sarah, which means “Princess.” God made Abraham mighty prince. Perhaps God wanted Abraham to be married to a princess. Abraham and Sarah had their ups and downs, but Abraham was always happier when he treated Sarah like the princess God intended her to be.

The God promised Abraham and Sarah a son. When he arrived they named him Isaac. Isaac is the exception that proves the rule. He alone of the three patriarchs I will tell you about this morning lives and dies with the same name. The name “Isaac” means “he will laugh.” But who will laugh? Is it God who will laugh because God made Abraham a father at 100 and Sarah a mother at 90? Did God think that a fine Joke? Or is it Isaac himself who will laugh because of the good life that he inherits from his father?

A great many people live life on the edge. They have one foot in God’s camp, and one foot in the world’s camp, and they limp along with two opinions, or, worse yet, they hop from one foot from the other. They are unsettled and unsettling. They go from crisis to crisis and from disappointment to disappointment. The only hope they have is to settle down, and quit limping, and quit hopping, and pitch their tent in God’s camp.

Isaac had twin sons, Esau and Jacob. The name Esau means “hairy.” The name Jacob means, “to follow.” Esau was born first, but Jacob grabbed Esau’s heel as he was born. Perhaps he already trying to hold back his brother, and get ahead of him as he did later in life. The stories about Jacob are painfully honest even if Jacob is not. When Esau was hungry, Jacob bought his birthright with a bowl of pottage. Then, when Isaac was old and blind, Jacob stole  the blessing that was due his older brother. Perhaps you remember that story. Esau was a hairy man. Jacob was a smooth man. So Jacob’s mother put the skin of a kid on the backs of his hands, and on the back of his neck, in order to deceive Isaac.

Brothers have killed one another over less. In the case of Jacob and Esau they simply went their separate ways. Jacob sojourned with his father’s mother, Laban. Esau stayed in the land. Both got rich. Then God told Jacob to return to the land of his father, the land of promise, and he knew he would have to face Esau. He had two wives, and a large family, and flocks and herds. And he sent them all ahead of him, in stages, in hopes that Esau would spare him. The caravan crossed the ford of the Jabbok and Jacob alone remained on the safe side of the river. Night fell, but Jacob did not sleep. He wrestled through the night with the Angel of the Lord. Whether they know it or not, when people say that they “wrestle with God in prayer,” this is the incident that informs their speech. Anyway, at the break of day the Angel commands Jacob to let him go. Jacob replies, “I will not let you go unless you bless me.” The Angel of the Lord—who is revealed as the LORD God himself, blesses Jacob, and gives him a new name saying:

“Your name shall no more be called Jacob—(the follower!), but Israel, for you have striven with God and with men, and have prevailed.” (Genesis 32:28)

Jacob quits being “the one who follows.” He quits shielding himself with his wives and families. In accordance with the Proverb sends a gift ahead “to make room for him,” (Proverbs 18:16) but he puts himself out in harms way, he finds his brother and they make peace.

Jacob had twelve sons, and the twelve tribes of Israel trace their roots to the twelve sons of Israel. And all of those sons had names that were filled with meaning, too. Let me give you just a few examples: Reuben was Jacob’s first son. His name means, “Look—a Son!” In the same way, Gad means “Fortune;” Asher means “Happy;” and Judah means “Praise.” The name Joseph means, “The Increaser” or “One Who Increases.” That name certainly describes Joseph’s career in Egypt. He rose from the slavery into which his brother’s sold him, and from the darkness of a prison cell, to a position second only to Pharaoh himself, increasing not only his fortune but Pharaoh’s, too.

All this talk about the descriptive characteristic of names gives rise to a question: Can a name serve as a self-fulfilling prophecy?

Are girls with pretty names like Sue, or Emily, or Ann,  fated to be more popular than girls named Griselda, or Henrietta? My mother is named Henrietta, and she considers it a life sentence. Are boys named Wolfgang and Amadeus destined to be musicians, and boys named, or nicknamed, Rocky, or Butch, or Buster destined to become fighters and football players?

Can we use the power of naming to carve out an advantage for those we name?

I once traveled with the late Bishop George Higgins to his farm in the mountains of North Carolina. During that visit, the Bishop spoke of a creative tradition practiced in the mountains. He said that if a boy was born unusually small, or sickly, or with some obvious deformity, the family would often give him a powerful name, like Captain, or Major, or Colonel. Later that afternoon, as if he were expected, a man named Colonel, dropped by for a visit. I knew immediately why Bishop Higgins had spoken to us about the power in a name. Colonel struggled to remember where he lived, but many times each day he was greeted by those who knew him, and each greeting was an affirmation. “Hello, Colonel.” “How are you today, Colonel?” “We are having fine weather today, Colonel?”

It can go the other way, too. My name is “Worth.” It is from the old English—it means, “from the farmstead.” It is not a name I would have chosen for myself, but it is a proud name, with a proud history. The first Naval officer to be killed in action in the Spanish American War was an Ensign from Raleigh, N.C., named Worth Bagley. Worth is a proud name, but my fourth grade teacher did not understand that. She loved to call me, “Worthless”; and, each time she did, my classmates laughed. And soon they called me “Worthless,” too, always smiling, always grinning like they were the first to do so. Though I really liked that teacher, if she were still around today, I would really give her a talking to for stealing my self-confidence, for I did not regain it for years after I left her class.

Names like all speech by adults directed to children tend to become self-fulfilling prophecy.

God created the people of Israel when God called the patriarchs, Abraham, and Isaac, and Jacob to go out in God’s name.

God formed and shaped the people of Israel when He used Moses to deliver them out of slavery, and to give them the law, and lead them through the wilderness, to the borders of the Promised Land. God redeemed Israel, from slavery and sin, even as he formed Israel.

All this history informs our text.

When the text of Isaiah 43 declares, “when you pass through the waters, I will be with you,” the reader cannot but remember how God enabled Moses to led the children of Israel through waters of the Great Sea as on the dry ground.

And when the text of Isaiah 43 declares, “I give Egypt as your ransom… Because you are precious in my eyes, and honored, and I love you,” the reader cannot help but think of how the waters of the Great Sea rushed in to destroy the Armies of Egypt.

I think one of the reasons that God choose Israel from among the nations, and supported them against the enemies that would have destroyed them is that, despite their self-professed and frequent failures to keep the Covenant, there was always a remnant that remained faithful. God gave peoples in exchange for Israel because God had a very special purpose for the nation. They were his witnesses! It is for this reason that God delivered them, and promised to deliver them in future, from the fire, and the flood, preserving them for God’s own purpose. St. Paul, a Jew himself, understood this special relationship. He speaks of them saying:

4 They are Israelites, and to them belong the sonship, the glory, the covenants, the giving of the law, the worship, and the promises; 5 to them belong the patriarchs, and of their race, according to the flesh, is the Christ. God who is over all be blessed forever. Amen. (Romans 9:4-5)

I cannot close this sermon without pointing out that there is a text in the New Testament that parallels Isaiah 43, at least in part. In Revelation 2:17 God speaks to the church at Pergamum, and to all who hear the prophecy, and promises us a new name saying:

“To him who conquers I will give some of the hidden manna, and I will give him a white stone, with a new name written on the stone which no one knows except him who receives it.”

Of course, we bear another name, too. We bear the name of God, and of God’s Christ. We are called “Christians.” In Isaiah 43 God speaks to the people of Israel and to us through them saying:

5 Fear not, for I am with you….I am with every one who is called by my name, whom I created for my glory, whom I formed and made.”

I had an elementary school teacher who taught us that there is no sweeter sound on earth than the sound of one’s own name. There is one sweeter reality, to know the name by which God calls those who conquer, a name that reflects a new character and a new situation.”

Let me leave you with a question: If you could choose a new name for yourself, according to the character and circumstances you desire, what would it be?