The Visit of the Magi

Home Blog Posts The Visit of the Magi 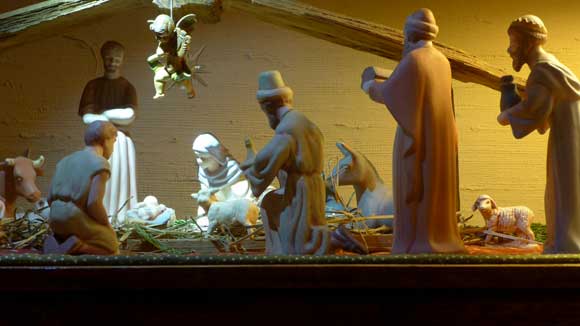 If one reads this passage carefully, without preconceived notions one discovers some amazing things.

First, this was no ordinary star. It moved in a careful pattern. It appeared. It disappeared. Herod had to ask the Magi when it first appeared. I have seen people object to this story because there is no historical or astronomical record of a star appearing in the heavens at this time. They ignore the text of Matthew. Matthew implies that this star was a special star, not visible to everyone, just to those to whom God chose to reveal it. In the same way, though the prophet Micah prophesied the birth of Christ, Christ was not revealed to everyone, and certainly not to Herod, but only to those to whom God wished to reveal him. Do I believe in the star? Absolutely, but I also believe it was a special star, not because we can’t find a historical record of it, but because Matthew implies as much.

Second, we call these men “Magi” because Magi is the Latinized form of the Greek, “Magoi” which is found in this text. The word was transliterated from Persian, and was associated with a sect of priests. We get our word “magic” from the same root; but these men were no mere magicians. In the context of the passage they were “wise men” because they were the first Gentiles who came seeking Christ! We don’t know how many wise men there were. We assume three because there were three gifts—but the Biblical text does not number them. The rest of the stuff we think we know about the Magi comes not from scripture, but from Christian Tradition. As the years passed, the traditions became increasingly embellished. By the 3rd century the three Magi were viewed as kings. By the 6th century they had names: Bithisarea, Melichior, and Gathaspa. By the 14th century an Armenian tradition identified them as Balthasar, King of Arabia; Melchior, King of Persia; and Gasper, King of India.

Third, the Magi brought gifts of gold, frankincense, and myrrh. Some say these gifts were prophetic. They speak of the 3 different roles, each filled by Jesus Christ: Gold speaks of His kingship; frankincense was a spice used in priestly rituals; and myrrh is prophetic. Mark tells us that it was mixed in the cup of wine that Jesus was offered as he was dying on the cross. (Mark 15:23) John tells us that after the death of Jesus, Joseph of Arimethea claimed his body, and Nicodemus, who had at first come to him by night, came bringing a mixture of myrrh and aloes, about a hundred pounds’ weight to anoint his body for burial. ( John 19:39)

Fourth, the Magi were warned in a dream not to return to Herod, so they departed to their country by another way. Matthew is fond of dreams. In Matthew, it is in a dream that an angel  appears to Joseph and tells him that Mary is pregnant by the Holy Spirit. In Matthew, Joseph has three other dreams of consequence. Likewise, when Pilate was sitting on a judgment seat, and Jesus was before him, he received word from his wife “have nothing to do with this righteous man, for I have suffered much over him in a dream.”

Most people are a little uneasy with the idea that God sometimes communicates with people in dreams (or in a still small voice). They say that there is always a possibility of abuse. That is true. In the Hebrew Bible, our Old Testament, people are warned against false prophecies and false prophets, and false dreams and false dreamers. Every revelation had to stand the test of the Law, and the Elders, and it had to prove true!

Still, we long for something more definitive than dreams and visions. The hymnist says it best:

We long for mighty signs of God
Cathedral, miracle, and sword,
His pow’r and glory written plain
So none may doubt that he is Lord.

But poor, in weakness, comes the Christ;
His glory gone, no king we see;
A servant Lord, no praise he seeks.
Thus comes God’s power to you and me.

Thus Herod sought the life of the Christ child, and we seek the offer of LIFE that comes through Him from God.

This porcelain figures in this manger scene were made for the Pastor by the late Ann Durham, his “mother-in-love.” The “manger” itself was made from an oak tree that was hit by lightening. The oak was located in the White Oak section of Wilkes County, and it was known as “the hanging tree.” This seems altogether appropriate, and though hardly prophetic, it is at least symbolic of the life of Christ, as were the gifts brought by the magi to the Christ child.