The Word of God Spoken 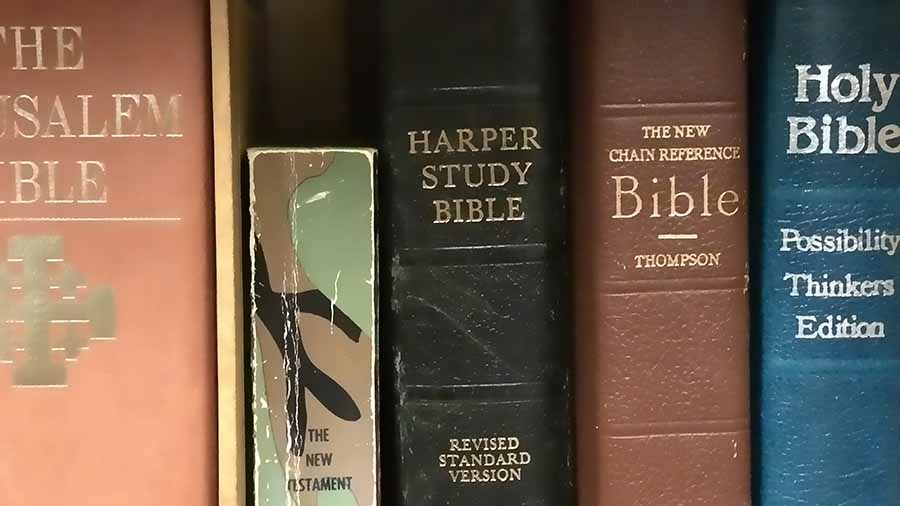 Today, I am going to talk to you about the Word of God, spoken.

In Exodus 33:11 we read that God spoke to his servant Moses “face to face,” as a man speaks to his friend. God gave Mose the Ten Commandments, written on tablets of stone, and more than 900 laws which he ordered Moses to write down. The great Jewish scholar Martin Buber said it was no accident that God gave us Ten Commandments and ten fingers, perhaps intending that we should use our fingers to help us commit the commandments to the tablet of the heart.

Moses was the greatest of the prophets, but God spoke through other prophets, too. God spoke through prophets like Miriam, Samuel, Elijah and Elisha. Elijah was an important prophet, not just because he foretold the future, but because he spoke the Word of the God to people of God in his day. When the people of Israel were dividing their time between God and Baal, Elijah challenged them saying:

How long will you go limping with two different opinions? If the LORD is God, follow him; but if Baal, then follow him.

Elijah knew that it is impossible to keep one foot in God’s camp and one foot in the camp of another, hopping back and forth. That was unsettled and unsettling, and it still is! People who serve God on and off make life miserable for themselves and for everyone around them.

Of course, there are times when God’s people have had to wait many generations to see the fulfillment of a particular prophecy. For instance, seven centuries before the Birth of Jesus the Messiah, the prophet Isaiah foresaw the promise of his coming and announced:

For unto us a child is born, unto us a son is given; and the government will be upon his shoulders, and his name will be called “Wonderful Counselor, Mighty God, Everlasting Father, Prince of Peace.” (Isaiah 9:6)

Likewise, six centuries before the crucifixion of Jesus, a disciple of Isaiah spoke of God’s Suffering Servant, saying:

He was despised and rejected by men; a man of sorrows, and acquainted with grief… we esteemed him stricken, smitten by God, and afflicted. But he was wounded for our transgressions, he was bruised for our iniquities; upon him was the chastisement that made us whole, and with his stripes we are healed. (Isaiah 53: 3-5)

Jesus claimed to be the fulfillment of both these prophecies. In Mark 8, Jesus asked Peter, “Who do you say that I am?” Peter said, “You are the Messiah.” Jesus then began to teach his disciples that “the Son of Man must suffer many things, and be rejected by the elders, the chief priests, and the scribes, and be killed, and after three days rise again.”

In calling himself the Son of Man, Jesus claims to be the fulfillment of a third prophecy. In the 7th chapter of the book of Daniel the prophet Daniel had a vision of one like a Son of Man, who received the Kingdom from the Ancient of Days, God. When Jesus called himself the Son of Man, he was laying claim to the kingdom, and the power, and the glory of God. Jesus embraced the roll of a suffering Messiah, but he knew he was more than that. Thus, in Mark 14, when Jesus was put on trial for his life, the high priest asked, “Are you the Christ, the Son of the Blessed?” And Jesus answered, “I am; and you will see the Son of man seated at the right hand of Power, and coming with the clouds of heaven.” The disciples saw the glory of the risen Christ; but the world still waits to see Jesus the King revealed in all his glory, whether that revelation take place at the end of history as we know it, or beyond it.

When we think of prophets, we think primarily of the Old Testament prophets; but there were many prophets in the New Testament, too.

John the Baptist is the best known of the New Testament prophets; but, in reality, John was the last of the great Old Testament prophets who announced the coming of the Messiah. John was separated from Jesus not by six centuries but by six feet when he raised a bony finger and said, “Behold, the Lamb of God, who takes away the sin of the world!”

There are many other prophets in the New Testament; and, it might surprise you to know that, in one sense, you and I are are among them. According to the 2nd chapter of Acts, visitors from many lands were in Jerusalem on the morning of that first Pentecost. Suddenly, from heaven, there came a sound like the rush of a mighty wind. And tongues of fire appeared among the disciples, and rested on each of them. And they were all filled filled with the Holy Spirit and began to speak in other languages, as the Spirit gave them ability. The disciples caused such a commotion, and behaved so oddly, that people said, “These men are drunk!” But Peter, standing with the eleven, lifted up his voice and said:

These men are not drunk, as you suppose, for it is only 9 o’clock in the morning; but this is what was spoken by the prophet Joel: ‘And in the last days it shall be, God declares, that I will pour out my Spirit upon all flesh, and your sons and your daughters shall prophesy, and your young men shall see visions, and your old men shall dream dreams…’

Peter goes on to say that all who believe God’s Word about Jesus and submit to baptism, will be saved from sin and death, and receive the gift of the Holy Spirit themselves. The meaning of Acts 2 is clear: All God’s people possess the Holy Spirit, and always will; so all of God’s people are prophets!

As individuals, we may not feel very prophetic, yet, together, we make up a prophetic community. The primary value in belonging to a prophetic community is that we can receive God’s direction. In John 16, Jesus told his disciples that the Holy Spirit would guide them into all truth. And in Matthew 18 Jesus told his disciples that whatever they bound on earth shall be bound in heaven, and whatever they loosed on earth shall be loosed in heaven. A good example of binding and loosing in found in Acts 15. Therein the disciples hold the first Church Council at Antioch to decide whether or not the gentiles who are coming to Jesus must become Jews before they can become Christians. The disciples discussed this throughly. Then they either reached a consensus, or they took a vote, and publish their decision to all the gentile churches everywhere saying:

28 For it has seemed good to the Holy Spirit and to us to lay upon you no greater burden than these necessary things: 29 that you abstain from what has been sacrificed to idols…and from unchastity. If you keep yourselves from these, you will do well. Farewell.

Moses gave Israel the Ten Commandments and hundreds of “commandments in ordinances,”the primary purpose of which was to separate Israel from the nations, so that the nations might know the nation belonged to God. In one fell swoop, the first church council struck down all those commandments in ordinances, so that all nations would know they can belong to God. No wonder Paul could say in Galatians 3:24 that “the law was our custodian (or “schoolmaster” KJV) until Christ came, that we might be justified by faith.” Today there are about 9 million Jews on the earth—many of them still struggling with the commandments in ordinances, and there are about 2 billion Christians who never give them a thought. If the first church council had not acted so decisively, we might still be equally burdened, and our numbers might still be equally small.

You and I belong to a prophetic community. Together we can discern God’s will for our lives as individuals and as a community of faith. Of course, there are some members of the prophetic community who are more prophetic than others. In 1st Corinthians 12 St. Paul lists the gift of prophecy among the gifts of the Spirit that are distributed to various members of the church for the common good. In Ephesians 4 the apostle writes that when Christ ascended on high he gave us gifts, and his gifts were that some should be apostles, some prophets, some evangelists, and some pastor-teachers to equip the rest of us for ministry.

I think I have known a number of prophets. I will give you one example that acted like a Jeremiah, David, or Isaiah. Martin Luther King, Jr. spoke the Word of God in his day. Dr. King was trying to peacefully lead the United States into a new era of brotherhood and cooperation when he said things like: “”Injustice anywhere is a threat to justice everywhere.” And “We must live together as brothers (and sisters) or perish together as fools.” In a letter to his fellow clergymen, King said that he had come to believe that the real stumbling block in the Negro’s stride toward freedom was not organizations like the Klu Klux Klan, but white moderates who were more concerned with order than with justice. He said that when the victory was won, the people would not remember the words of their enemies so much as the silence of their friends. Ouch!

In his final speech Dr. King proved that could also predict the future with uncanny accuracy. The speech makes a clear reference to the last day of Moses. Dr. King said:

After that speech King returned to his motel room, was hit by an assassin’s bullet, and died in a pool of blood. You can tell a true prophet, because the word he speaks comes true.

The Spoken Word of God is a creative Word of Power. That is what the author of Genesis 1 is getting at when he said that God spoke and the World was created, Word by Word. And that is what St. Paul was getting at in 1st Corinthians 1:21 when he said, “It pleased God by the foolishness of preaching to save them that believe.” The King James translation of this verse makes clear that, in the act of preaching, a transfer of creative power takes place between the God who speaks and the believer who hears. The preacher like the prophet is just the channel through whom God speaks God’s powerful and creative Word.

God’s spoken word is always a creative word, and that word is infallible. It cannot fail. This is precisely what God was trying to tell Isaiah in chapter 55:10-11when he said:

For as the rain and the snow come down from heaven, and do not return there until they have watered the earth, making it bring forth and sprout, giving seed to the sower and bread to the eater, so shall my word be that goes out from my mouth; it shall not return to me empty, but it shall accomplish that which I purpose, and succeed in the thing for which I sent it.