Screenagers: Growing Up in the Digital Age

Home Blog Posts Screenagers: Growing Up in the Digital Age 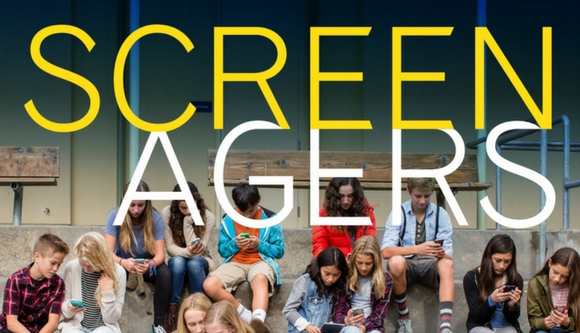 Join us on Sunday, October 2 in the Fellowship Hall

Older Elementary & Youth are welcome to attend with a parent/guardian; children’s program provided for younger children.
(Funds raised at this event will be contributed to the Elizabeth Windsor Scholarship Fund)

Are you watching kids scroll through life, with their rapid-fire thumbs and a six-second attention span? Physician and filmmaker Delaney Ruston saw that with her own kids and learned that the average kid spends 6.5 hours a day looking at screens. She wondered about the impact of all this time and about the friction occurring in homes and schools around negotiating screen time—friction she knew all too well.

Delaney Ruston is a filmmaker, Stanford trained doctor and mother of two.  Along with Screenagers, her award-winning feature documentaries include Unlisted: A Story of Schizophrenia (PBS), about her father, and Hidden Pictures (PBS) about global mental health. Delaney has been invited to speak and screen these and other films to hundreds of audiences in diverse settings around the world–such as at primary schools, conferences, medical centers, universities, the United Nations, the TEDx stage in Seattle and the World Health Organization. For her work in using film in launching advocacy movements, Delaney has won several awards. She has provided primary care in under-served clinics for over a decade.