The Magnetic Church (I) 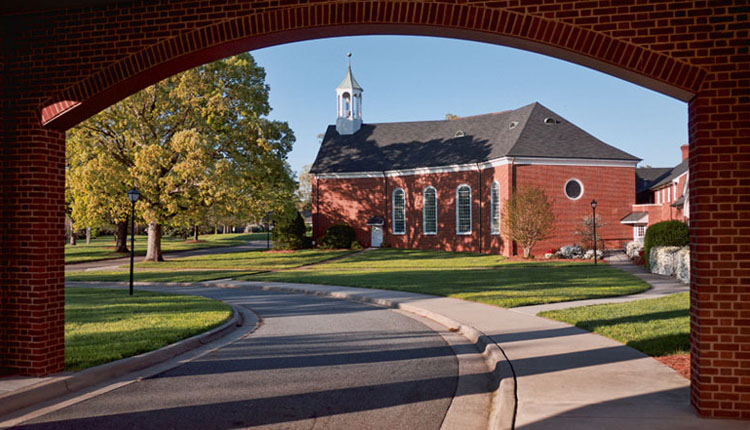 For the next several weeks, I want to share some thoughts about evangelism.

Some people think evangelism is the only activity truly worthy of a Christian. A popular pastor wrote in his autobiography that this world is just a sinking ship, and the only Christian thing we can do with our lives, day in and day out, is to save as many people as possible from going down with it.

Now there is a measure of truth in this statement, and on the surface it sounds edifying, and deeply Christian. Yet, if Jesus is our great example, it is not the whole story. We remember that Jesus himself lived the common life—a life of family, and friends (we assume), and worship, and prayer, and work, for thirty years before he started preaching the kingdom of God, which he did for not more, and probably less than three years.

The New Testament records the birth of Jesus,and his appearance in the temple when he was twelve. (Luke 2:42) It is silent about everything else until he submitted to the baptism of John when he was about thirty years old. Theologians call the time not covered by the gospels “the hidden years.” There are at least two lessons to be drawn from them.

First the fact of the hidden years certainly means that God is even more concerned with preparing the preacher as he is with the preacher (even when the preacher is his son) than he is with the preacher preparing the message. (The Message is God’s anyway). Jesus lived the Kingdom of God, before he preached the Kingdom of God. It has been said that preaching is “the communication of truth through personality.” This was especially so in the life of Jesus. When Jesus began to preach he spoke that which he knew of God from his long experience with God. His hidden years were not hidden from God, they were lived before God and with God.

Second the fact that Jesus lived the common life at least 10 times longer than he preached also means that God honors the common life. God is interested in all that we do. God is certainly interested in our devotion and obedience, but God is also interested in our education, and our work, and in our leisure. God is concerned for our families, and for our friends, and in the challenges and opportunites that life puts before us. Just this week this truth was verified for me in a whole new way when I really noticed a text of scripture for the first time. The New Living Translation translates verse Psalm 37:23:

The LORD directs the steps of the righteous,
He delights in every detail of their lives.

God delights in the details of our lives. In Matthew 6:32 Jesus told his disciples that the Heavenly Father knows what we need even before we go to God in prayer to ask for it.

“The Westminster Shorter Catechism” begins with rhetorical question: “What is the chief end of humankind?”

And the scripted response is, “The chief end of humankind is to glorify God and enjoy him forever.”

The Puritan Divine Thomas Watson explained that we glorify God when we appreciate, worship, love, obey and serve God. What better way to do that than to consciously welcome God into every aspect our lives, not as a distant deity, but as “the heavenly Father,” who loves us long before we are able to love him.

We enjoy God when we can finally return God’s affection. This does not always happen right away. I remember an incident not long after my daughter was born. I was in the den of the parsonage of the Little Church on the Lane, and I had Edyth in my arms, squeezing her as tightly as I thought she could bear. My wife’s mother looked at me and said, “Worth, you are trying to get out of her what she is not ready to give.” I was impatient that my daughter should return my affection. I suppose every parent is. Yet, our Heavenly Father, waits patiently upon us until we are able to return the love that he has lavished upon us.

I have some good news for you. According to the New Testament evangelism is one of the gifts that the Holy Spirit gives to the church. In Ephesians 4 we read:

When (Christ) ascended on high he led a host of captives, and he gave gifts to (us).” …11 And his gifts were that some should be apostles, some prophets, some evangelists, some pastors and teachers, 12 to equip the saints for the work of ministry, for building up the body of Christ…

Not everyone is called to be an evangelist. The apostles were certainly charged with the task of evangelism, but the New Testament only identifies two evangelists by name.

In Acts 21, Philip, one of the seven original deacons of the early church is identified as “Philip the evangelist.” We know from the text of Acts that Philip’s preaching was responsible for the conversion of many Samaritans. We know, too, that it was Philip that the Holy Spirit led away from the revival in Samaria to a desert road, where he was brought into contact with the Ethiopian Eunuch, the ambassador of the Candace, the Queen of Ethiopia. The Eunuch had missed the 11:00 o’clock service of the 1st Church of Jerusalem, and he still had questions. He invited Philip to join him in his chariot. And Philip answered those questions, and told him about Jesus, and baptized him in water, right there beside the road. Tradition tells us that the Ethiopian Eunuch then took the gospel to Africa, and that he was the first bishop of the church there.

In 1st Timothy 4:14 St. Paul reminds his young friend Timothy not to neglect the gift he received by prophetic utterance when the counsel of elders laid their hands upon him. We assume it was a gift of evangelism, because in 2nd Timothy 4 St. Paul encourages Timothy to fulfill his ministry by doing the work of an evangelist saying:

Preach the word, be urgent in season and out of season, convince, rebuke, and exhort, be unfailing in patience and in teaching.

Not everyone is called to be an evangelist; but all Christians are called to be witnesses. In Acts chapter 1 the risen Christ speaks to his disciples just before his ascension. He tells them to tarry in Jerusalem until they receive the Holy Spirit. In verse 8 Jesus says:

But you shall receive power when the Holy Spirit has come upon you; and you shall be my witnesses in Jerusalem and in all Judea and Samaria and to the end of the earth.”

Rom. 5:1 Therefore, since we are justified by faith, we have peace with God through our Lord Jesus Christ. 2 Through him we have obtained access to this grace in which we stand, and we rejoice in our hope of sharing the glory of God. 3 More than that, we rejoice in our sufferings, knowing that suffering produces endurance, 4 and endurance produces character, and character produces hope, 5 and hope does not disappoint us, because God’s love has been poured into our hearts through the Holy Spirit which has been given to us.

We read in John 7:39 that the Holy Spirit which the disciples of Jesus were to receive was not yet given because Jesus was not yet glorified. From the very beginning of Israel’s history, the Holy Spirit has been the spirit of prophecy, who inspired the prophets of Israel to speak the word of God; but before the Spirit could be given to all, God had to fix the character of the Spirit in the mind of Christ’s disciples with the life of Jesus Christ.

We are all intended to be witnesses because each and everyone of us has received the Holy Spirit. In Romans 8 St. Paul writes:

9 ….any one who does not have the Spirit of Christ does not belong to him. 10 But if Christ is in you, although your bodies are dead because of sin, your spirits are alive because of righteousness. 11 If the Spirit of him who raised Jesus from the dead dwells in you, he who raised Christ Jesus from the dead will give life to your mortal bodies also through his Spirit which dwells in you.

We all possess the Holy Spirit, and we are all called upon to be witnesses.

Let me mention E. Stanley Jones just once more, though you will hear his name again in this series. I will mention him over and over again, because in my mind he was one of the premier Evangelists of the modern era. In his book “The Word Made Flesh,” he wrote about his early experience sharing the gospel in India. He wrote that people would listen politely, and then would say three things: 1) “It is not new. We Indians have stories not unlike your own story. We speak of the blue throated Shiva who drank poison to save humankind. 2) It is not true. We know Shiva is just a story, and so is Jesus. 3) It is not you; the gospel has not changed you Christians, how do you expect it to change us.” Jones would later write, “I could answer the first two objections. 1) I knew the gospel was new. It is as up to date as tomorrow morning’s newspaper. 2) And I knew it was true. The story of Jesus is not just one more story that is nothing but words. In Jesus the Word became flesh. (John 1:14) 3. The only objection I could not answer was the third objection, “It is not you.” Until we Christians begin to live more like Christ lived, we will never reach the non-Christian world.

I heard sometime ago about a Christian missionary who lived in Nepal for thirty years. He did not preach. He did not teach. He seldom spoke of his faith, unless invited to do so. He simply lived his gospel. When he died the people of the city where he lived turned out for his funeral in droves saying, “He showed us what it means to follow Jesus Christ.”

Many of you know that my father is a retired pastor. He is 92 years old. He has been known to stop people on the street and share his faith. He often does this when I am with him. There are times when I am absolutely comfortable with his sharing, and I have even been known to join in. There are other times when I am completely uncomfortable with his methods, and he knows it. It is then he tells me, “I just want to be remembered as a street preacher.” And I always answer, “Dad, I will not remember you as a street preacher, I will remember you as the man who lived a consistent life. Whatever else you are, you are a witness.” In my mind my father’s greatest accomplishment is not the sermons he preached, but the way he lived his life. In particular I will remember him as a man who gave away c. 1,000 bicycles. He gave them to needy children at Christmas. Each of those children were living hard lives, but each of them encountered the real spirit of Christmas at least once, when they were young, in a man that gave them a bicycle.

Here is a bit of good news. We don’t all have to be evangelists! We must all be witnesses. Let me close this sermon with a question: “What form will your witness take?”